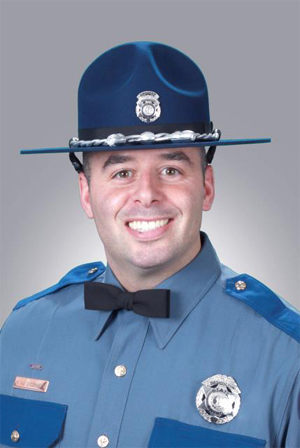 (Olympia)—Washington State Patrol Chief John R. Batiste announced this evening the death of WSP Trooper Sean M. O’Connell, 38, assigned to the Patrol’s Marysville district headquarters. Trooper O’Connell was killed in a collision between his motorcycle and a box-truck on Fir Island Road in Skagit County shortly after 5 p.m. Friday.

Trooper O’Connell had been with the agency for 16 years, was married with a son, age seven, and a daughter, age five.

Batiste confirmed that the other driver was cooperating completely with the investigation, and that neither drugs nor alcohol are thought to be a factor.

"We have no indication that this is anything other than a tragic accident," Batiste said.

A memorial service has been scheduled for Thursday at 1 p.m. at Comcast Arena in Everett and will be open to the public.

Prior to the service there will be a procession of family, law enforcement and other emergency responders that will originate at the southbound Smokey Point Rest Area, along I-5 at Milepost 207.

The departure time and exact route for the procession are still being determined, but motorists should be aware of possible traffic delays anytime after mid-morning on Thursday. More information will be provided as details are worked out.

Those who wish to honor Trooper O’Connell in the meantime can do so by bringing flowers or mementos to the WSP District Headquarters at 2700 116th Ave NE, in Marysville.