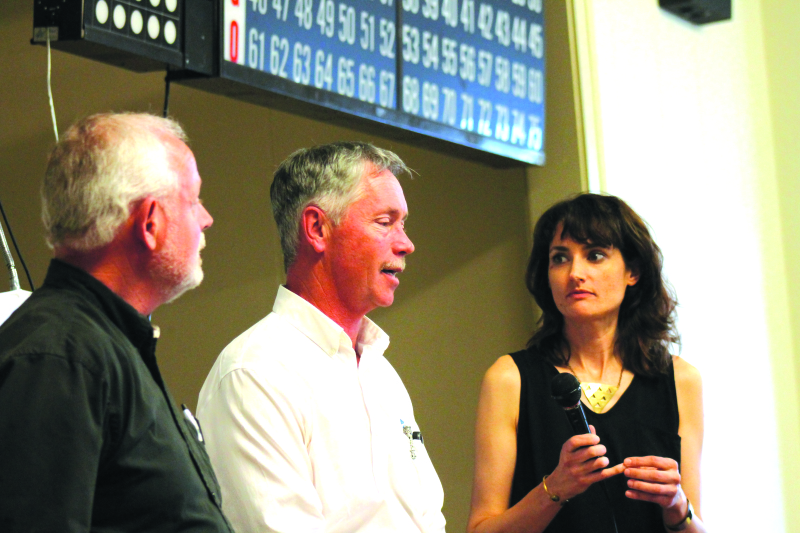 In impressive numbers, citizens of Winlock came together at the Winlock Community Building on April 7th to address the problem of high-speed internet around the area. While citizens for the most part inside of the city limits have high speed internet through CenturyLink, many outside the city limits and in the surrounding areas are cut off from this due to bandwidth limits. The meeting was much anticipated and it was shown in the enthusiasm of the crowd who eagerly wanted to speak to the representatives of ToledoTel and CenturyLink.

Dale Merten began the meeting by explaining why ToledoTel could provide fiber-to-the-home service to all homes in the area, but due to USDA funding issues, this could not be an option for Winlock. Many disgruntled citizens, with internet speeds nearly as slow as dial-up, expressed their feelings about how they just want decent internet service, not fiber-to-the-home. A new idea was proposed. There is an organization called Community Connect which provides funds for small communities to do projects like the one Winlock may need. The problem with this option is Community Connect only has $300 million in funds nationwide, so the competition to gain the funds is fierce. You must apply for grants, have the necessary plans already available and submit those. Your plan and other paperwork will then be scored by the USDA.

Brad Althauser of CenturyLInk spoke next. He talked about the area being built with copper and DSL in previous years, which is always slower. He specifically stated Tennessee, Military, and Sargeant Roads as remotely fed areas. In Seattle and urban area, CenturyLink has fiber to the home which is easier in cities because of the close concentration of customers. In Winlock, people live more spread out which makes this project harder and more expensive. Winlock also has many hills and trees which is a problem for those with satellite also. He did note Winlock would be a good place to use aerial fibers, which does the same job as underground cables but is aerial. One major struggle is the lack of competition. Since CenturyLink is the only provider to the entire city, all of the bandwidth is shared through this one company which slows the connection. If there was another service, like ToledoTel, the area would be able to have some faster connection. Brad believed the major fault is not with the usage or lack of competition, but the area was a copper-built network which limits the technology as well as the speed.

One citizen brought an idea forward about modeling what Orcas Island did. The town had a meeting with the problem very similar to Winlock. The town proposed a levee and it was passed there and the funds were soon gained to fix their internet problem. The levee was not out of the question, but there is no answer as to how much the citizens would need to pay in taxes. Althauser said Dote, which is a small community of around 100 people, would need $240,000 to fix their internet issues. Each person would have to pay around $2,400 in taxes in order to fund it.

The Winlock Improvement Network currently has a committee on internet issues, which is not looking to be resolved soon. Citizens are urged to continue writing and emailing their representatives and senators. The problem Winlock faces is real and has no solution yet. The ToledoTel and CenturyLink representatives have agreed to meet with the city government and keep in contact with those who have questions.