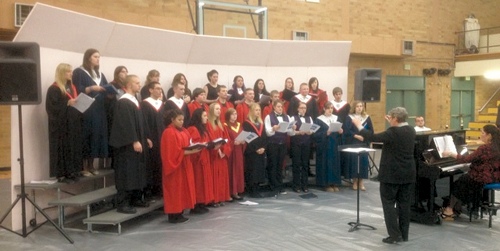 Winlock placed first among small schools at the Southwest Washington Massed Choir Festival hosted in Onalaska March 19. (Above) Select students from participating schools, including Winlock, perform in the Honor Choir before the finale of the event under the direction of Donna Huffman, Centralia College music instructor. A Similar event, the Massed Band Festival, will be taking place at Winlock High School May 14 and all are invited. 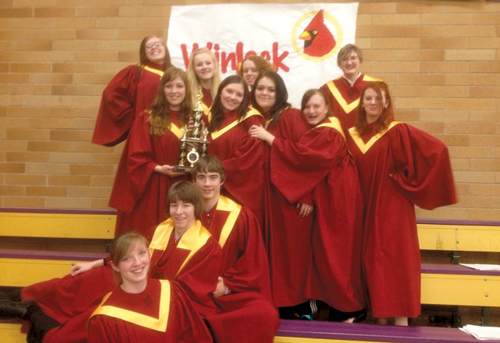