Mayor Glen Cook said all three have played a pivotal role in volunteering time and resources to help the city, most notably the construction of Volunteer Park in Downtown Winlock, and were given plaques in appreciation for their service, though Hogg was not present during the meeting. 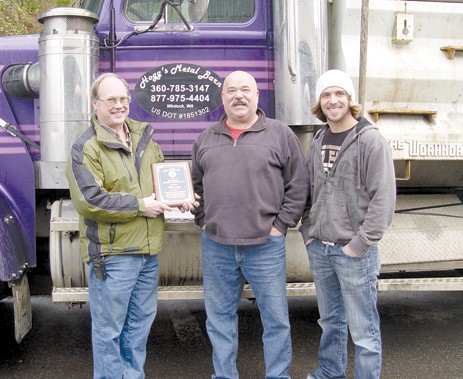 Winlock Mayor Glen Cook (left) presents the 2012 Mayor/Council Appreciation Award to Mike Hogg (center) of Hogg’s Metal Barn Thursday, who accepted the award with son and business partner Danny Hogg (right). Mike Hogg has assisted Winlock with projects such as the extension of dugouts at Winolequa Park, Winlock’s skatepark, and the creation of Volunteer Park in Downtown Winlock, all at no charge to the city. 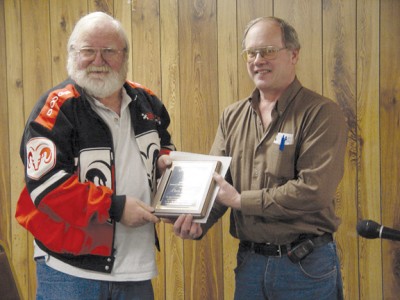 Chris Kambich (left) receives the 2012 Mayor/Council Appreciation Award from Cook (right) during the Dec. 17 Winlock City Council meeting. “I want to be proud of where I live,” said Kambich when speaking about the beautification projects he has worked on, including Volunteer Park. 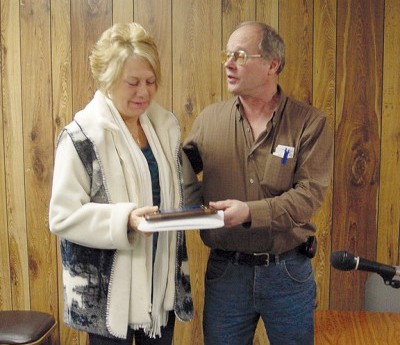 Diana Smith (right) receives her award from Cook (right) during the meeting as well. Smith said, though she is no longer serving on the Park Board, her services remain “just a phone call away,” stating she has enjoyed working with other community volunteers and was very grateful for the award.