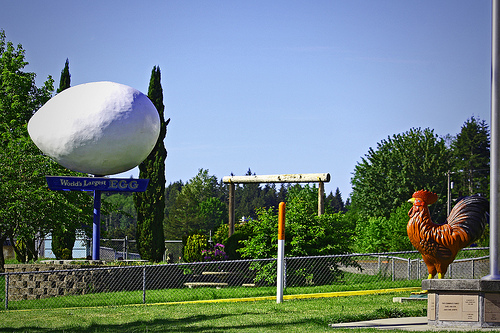 For the last and final council meeting of the year Winlock gathered together in the city hall for their final meeting. With a busy agenda, full attendance of the council members, and a big audience, the Council Meeting started at 6:30 pm on December 28th.

Following the flag salute and the approval of agenda the City Council went directly into Old Business. Under Old Business the Council brought up the matter of the "Hold Harmless Agreement, Egg Day Float." It was brought up that no paperwork or information had gotten to the City Council yet. City Attorney Erin Hillier asked about any forms of drafts from the Lions Club. It was said that the Lions Club was still looking for insurance for the building. With nothing further the Council moved into Mayor and Council Comments.

At this time Mayor Lonnie Dowell took the moment to acknowledge Councilwoman Barbara Pederson for this was to be her last meeting. Mayor Dowell presented Pederson with a present and thanked her for her years of service and help. After the time of her acknowledgment and there were no further Council Comments the Council turned their attention to Police Chief John Brockmueler.

Under Public Comment Judi Costello came forth to talk about her parking area in front of her laundry mat. She told the Council that she only had two places in the first place and she has to share them with the apartments and barber shop. Following her comment, she returned to her seat and closed the Public Comment session.

It was now time for the Council to address the Agenda Items. First on the Agenda was for the Oath of Office for the new and returning Council Members. at this time, Holly Orbino stepped forward for her appointment to her two year term to council position number five. Following Orbino's oath, Dennis Korpi, Sarah Gifford, and Jerry Rader stood for their election into four year terms. Once the members where sworn in, the Council continued into the next Agenda Item.

The next Agenda Item was "ordinance No. 1036 - 2016 Budget - Second Reading." with no discussion from the Council, Councilwoman Sarah Gifford made the motion to approve. With all members in favor, the motion passed.

Moving to the next topic, the Council looked at the matter of "Resolution 2015-13 - City of Winlock Rate Schedule - Second Reading." after a few minutes of discussion on the fees and price differences, Councilman Sam Patrick moved to approve. The motion passed with one opposition.

For the fourth topic on the agenda, the Council looked at "Resolution 2015-14 - Designation of Applicant's Agent." After the reading of the title, Councilwoman Gifford made the motion to approve, Councilman Rader seconded this motion and with no opposition the motion was carried.

Moving to the sixth item on the agenda the council looked to the topic of the "Fire Marshall Agreement- Council Affirmation." At this time Police Chief Brockmueler came forward to give background on this topic. He told the council of the various prices and locations. As the discussions continued, the council agreed to table the topic until more information could be given.

Continuing into the agenda, the council looked into "Truck Add-ons for Approval." This topic involved the discussion of prices for the equipment needed.

Following this discussion Councilwomen Gifford made the motion to approve the Add-on, Councilman Patrick seconded and with no opposition the motion carried.

For the eighth item of the night the Council members went over the topic "Water Sewer Update." At this time the representative came forward to update the council on where they were at this time. Representative told the council that the plant was doing "really well" and that they were "headed in the right direction."

Following the update the Representative invited the audience to come take a tour of the plant.

The final item of the night was the topic of the "New and Abandoned Connection Fees for Discussion." After a few moments of discussion the Council agreed to table until the next meeting.