What is the Real Price of Gas?

State and federal taxes are hidden in the advertised price of the product.

Drivers pay most of the taxes and fees that fund expansion and maintenance of our streets, highways and general transportation infrastructure. Nationally and in Washington state, the road network was constructed largely on the philosophy that users would pay. Over 7,000 miles of roadway was built in Washington with user fees, allowing people to travel nearly 60 billion miles per year. Economic freedom, personal and freight mobility, and businesses large and small depend on a road network financed by user fees. Our modern transportation system is based on public trust. The public pays gas taxes and other fees on the promise that our elected officials use the money to build the roads, bridges and highways we all depend on. 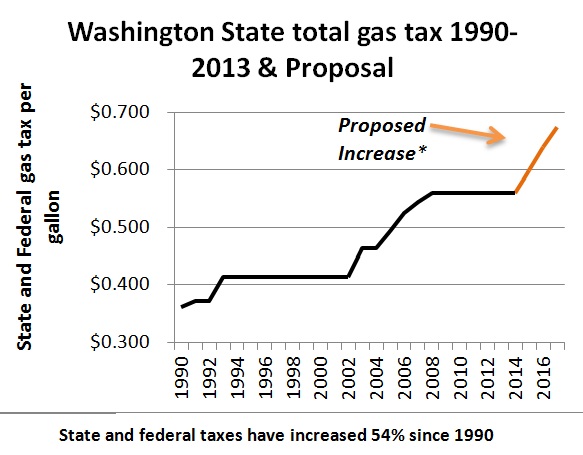 This policy of trust began in 1921, when Washington state lawmakers imposed their first tax on gasoline to pay for public roads. The tax rate was one cent per gallon. State lawmakers have since increased the tax on gasoline 19 times, in addition to the tax that federal officials impose. Some state lawmakers want to increase the gas tax again, but elected officials have hidden the tax in the retail price of gas, making it difficult for consumers to know how much it is.

The Real Price of Gas

The price posted on signs at gas stations does not show the real cost of gas. The advertised price of gas includes both state and federal taxes, resulting in a much higher advertised dollar price than the true price of the product. Gasoline is one of few retail products treated this way. Consumers are left guessing about how much government officials are taking in taxes, unless they carry a calculator in the glove box.

For example, AAA recently reported the average price of gas in Washington is $3.31 per gallon. The real price, however, is only $2.75. Washington state lawmakers impose a tax of 37.5 cents for every gallon of gas purchased. Congress imposes an additional tax of 18.4 cents on each gallon. In total, 55.9 cents of the purchase price of each gallon is tax, a 20% tax rate at the current price.

Legislators should enact a truth-in-labeling law for gas stations that would inform consumers exactly how much they are paying for gas and how much they are paying in taxes. Road-side signs at gas stations should show the true price of the product, with the combined cost of state and federal taxes shown separately. At the pump, consumer labels should clearly display the price of the product per gallon, and list current state and federal tax rates separately. Customer receipts should show the real cost of gas purchased, show separate federal and state taxes and provide the total amount the customer paid. 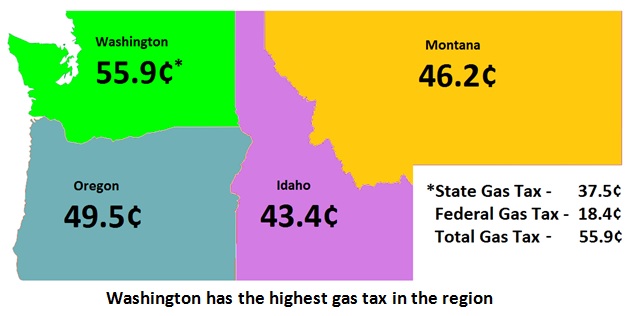 Consumers can only make informed decisions if they are provided accurate and relevant information. Every other cost of car ownership, from purchasing a vehicle to renewing car tabs, is clearly visible to the public. Yet the taxes on gasoline are not. Consumers can fill their gas tank based on the advertised price, then buy a quart of oil and an air freshener at the same time. The advertised price of the oil and the air freshener will be the true retail price, with the tax added later, but for the major purchase, gasoline, government officials have hidden the tax in the advertised price of the product.

Our transportation and tax systems are built on trust. Consumers have a right to know, understand and verify the taxes they are paying at the pump.