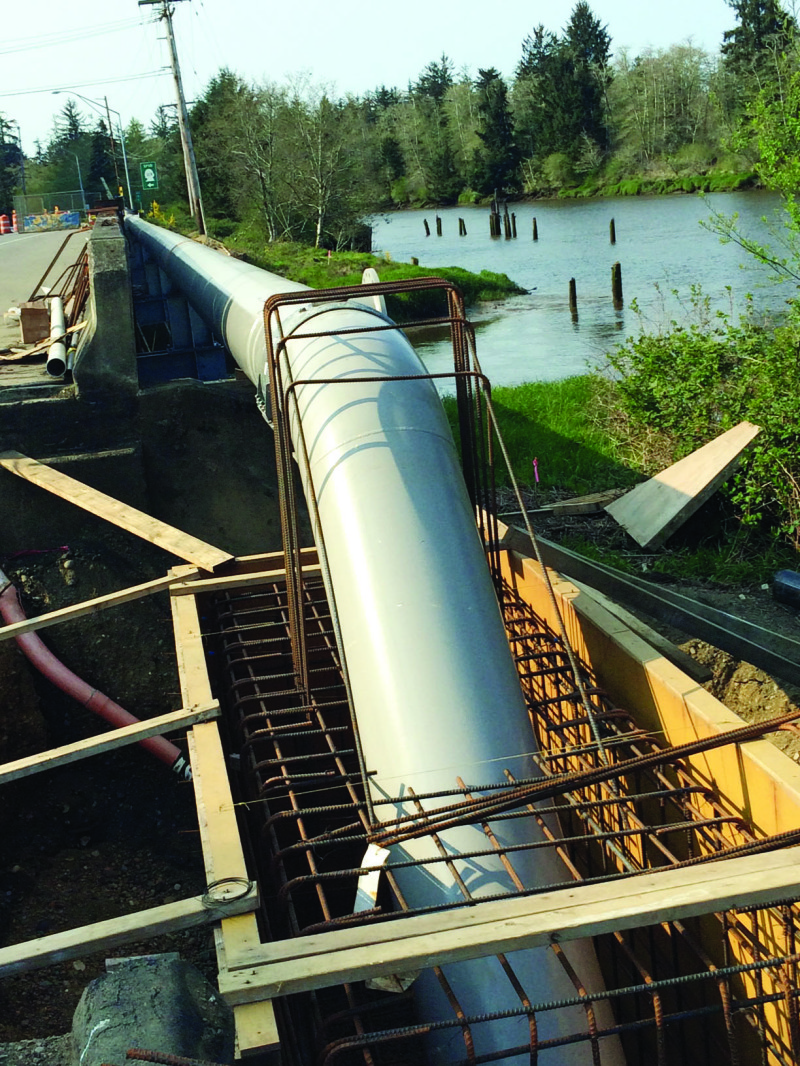 The new water main line is attached to the bridge.

Hoquiam Mayor Jack Durney announced via a press release that the Hoquiam Water Transmission Main project has been completed.

"I am happy to announce that the City of Hoquiam's Water Transmission Main Replacement Project was completed earlier this month culminating several years of planning, permitting, funding and construction.

This $10,000,000 project replaced nearly 4-miles of the 6-mile pipeline that serves all residents and businesses with their daily drinking water that originates from the Hoquiam River and Davis Creek north of the city limits near the Failor Lake Road.

Over the last 10 years, the City of Hoquiam has made a commitment to maintaining and improving our critical water and sewer infrastructure which is one of the top goals our Hometown Hoquiam Initiative. During this time, we received and invested over $26,000,000 in grants and loans to serve our residents today and future generations.

I am very proud of our team and very proud we have achieved another major milestone," said Mayor Durney.