Walsh fights for SW Washington versus the Olympia Establishment 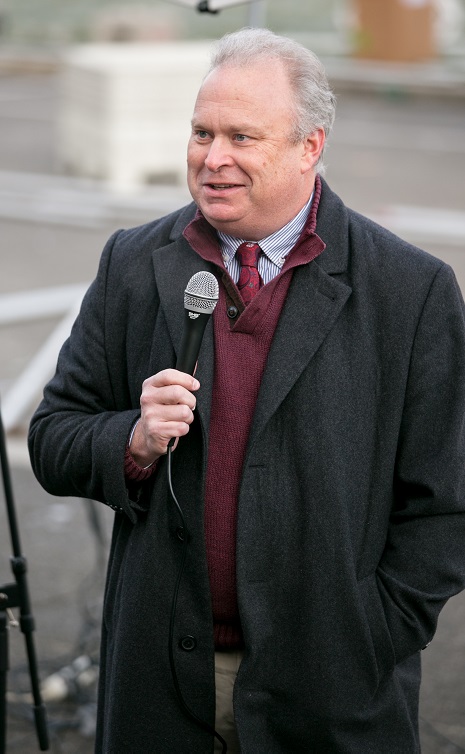 The Herald asked both candidates one question: The following question is completely open-ended on your part. You can provide any information (voting record, your political philosophy, health care, the economy, education, coronavirus pandemic impact, the budget, taxes, the environment, your opponent's record, any topic you choose, etc.). Please tell our readers why they should cast their vote for you instead of your opponent? Walsh did not respond until mid-afternoon Monday, which was not in time for Wednesday's newspaper. The Herald also asked the candidates for some background information, both personal and professional.

Walsh: "I live in Aberdeen, in an old Victorian house that my wife and I have been restoring gradually since we bought it 20 years ago. We've raised five children - three girls and two boys. The three oldest are launched, the two youngest still live at home. All five have graduated or will graduate from Aberdeen High School. My wife is a licensed architect.

"My 'day job' aside from being a representative in Olympia, is that I own and operate Silver Lake Publishing (www.silverlakepub.com), a company that publishes technical manuals for the insurance, risk management, cyber-risk management, and premises security industries. We also publish some consumer-focused books on the same or related topics. We have also published some books that look at public policy issues from a 'small-l' libertarian perspective, including a great book called, The Seven Principles of Good Government by former New Mexico Gov (and one-time presidential candidate) Gary Johnson.

"I first got directly involved in politics in around 2005, when a group of businesspeople in Grays Harbor tried to get an EB-5/ 'immigrant investor' development zone set up in Grays Harbor and Pacific counties. It would have been a great economic development tool for the people of this area, but it never received approval because it 'lacked local political support.' Outrageous!

"In 2015, it became apparent that a seat in the state legislature representing LD19 was coming open. After trying to recruit someone else to run, and being told by most of the potential recruits that I should do it, I did it. I won a five-way primary in the summer of 2016 and a closely-fought general election that November. I was the first Republican elected to the legislature from Legislative District 19 in decades. I was re-elected in 2018, although that year was considered a 'wave' election cycle for the other side of the aisle. And I won this summer's primary with a strong majority of the vote.

"Even though the Washington State Legislature is, technically, a part-time job, defending a constitutional approach to government and public policy in Olympia is a full-time job. The long-established political powers in this state take a different approach. And they don't like to be challenged. But I believe firmly that the people of Legislative District 19 have sent me to Olympia to do just that - to challenge the Establishment. I believe this because that's what my constituents tell me, every day.

"I could spend thousands of words drilling into the details of how the Olympia Establishment has worked against the people of this part of Washington:

"How the Washington Department of Natural Resources has lied to Pacific County about restarting an alder mill in Raymond, and then abandoned the project.

"How the Washington Office of the Superintendent of Public Instruction (OSPI) has rigged K-12 school budgeting models against our smaller, rural school districts.

"How the governor and Washington Attorney General have singled out individuals and start-up industrial projects for abuse.

"All of this has happened because a steady stream of would-be political radicals have poisoned this state's public policy against the cultural and economic traditions of Southwest Washington. In Olympia, I fight against these misuses of our state's governmental agencies. And for the people and families of Legislative District 19.

"I will continue to wage this fight, as long as the people of this area send me back to Olympia."