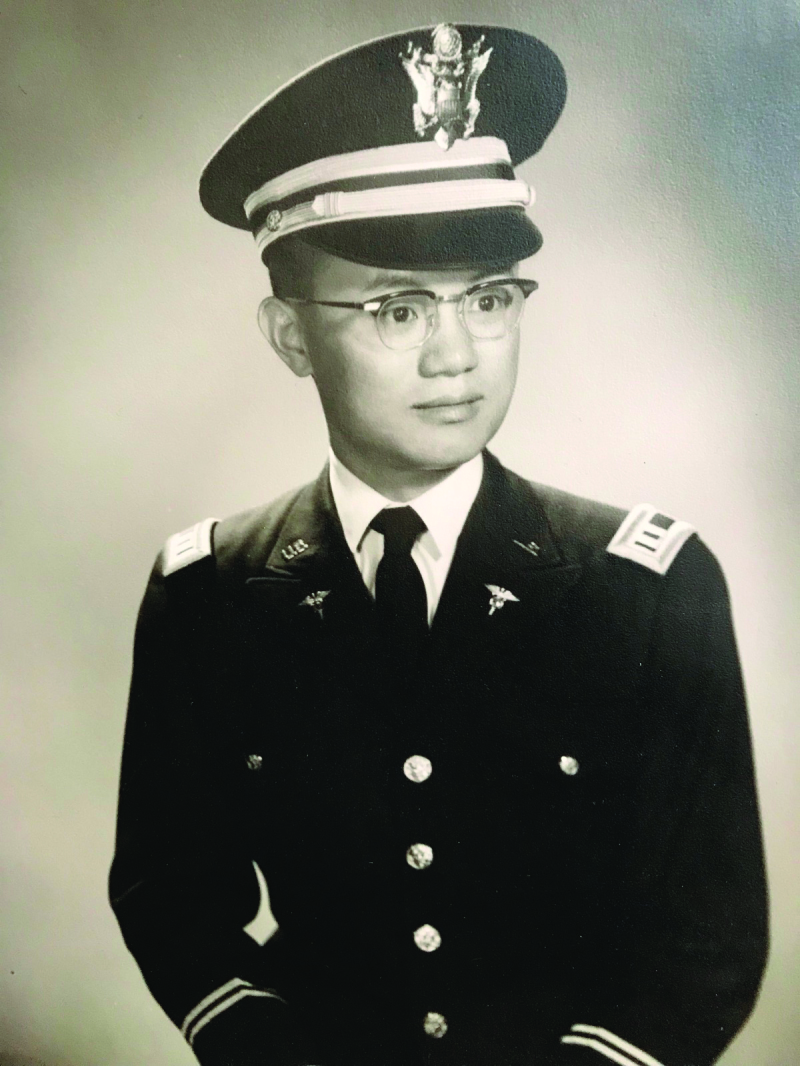 Dr. Chuen Wong, a leader in the community, passed away peacefully on October 5, 2018.

Dr. Wong was not only a well-known Optometrist in the area, he was also a pillar in the community. He made Winlock his home and he loved not only the area but his patients who came to see him.

He was born in China on September 10, 1933. When he was one-month-old his parents brought him to the United States of America and they eventually settled in the Seattle area. He attended Garfield High School where he received his diploma after finishing high school in three years. He then attended College of Optometry in Forest Grove, Oregon, where he graduated with honors with a Doctor of Optometry Degree.

In 1957, Dr. Wong came to Winlock where he purchased an optometry practice. In 1959, he was drafted into the United States Army as a Military Optometrist with the rank as Captain and Chief at Munson Army Hospital in Fort Leavenworth, Kansas. Later he was given the responsibility of Commander of Medical Evaluation Team and subsequently received the Army Commendation Medal.

Dr. Wong was discharged from the Army in 1962 while in Okinawa, Japan. After his service in the Army he took two months off to travel. In Hong Kong, China, he met Rosanna, his future wife and love of his life. In 1962, Dr. Wong returned to Winlock and continued his practice in Optometry. In 1963, Rosanna and Dr. Chuen Wong were married in Seattle. They enjoyed 55 years of marriage. Dr. Wong stated on several occasions, "I have the best wife. She takes good care of me," and she definitely did.

Every day Dr. Wong would walk to work in the morning and would always wave and smile at passersby. If he had the time, he would stop and converse about life. Then he would walk home for lunch, which Rosanna prepared with love everyday. Dr. Wong could always be seen walking to and from his office in the morning, at lunch and then again in the evening. It was a sight that many of us will miss around town.

His service brought him into membership in key associations, as well as consultancy and advisory services to civic groups when needed. Dr. Wong was an active member of the Olympic Optometric Society, holding various positions, and voted in as President from 1968-1970. Other involvements through his busy career were in the National Eye Research Foundation, Optometric Extension, Continuing Education and research in Vision, National Eye Research Foundation, Area Advisory Board, Home Health Visiting Nurses, Assured Home Health Agency, Lewis and Thurston Counties American Optometric Association, Washington State Board of Optometry, Association of Board of Examiners in Optometry, Governor Task Force on Catastrophic Health Care insurance and many others.

He was awarded 'Optometrist of the Year' in 1973 by the Olympic Profession Society, followed later by being selected as the 'Doctor of Optometry of the Year' for 1989-1990 by Washington State Optometric Association; and Honor Life Member of American Optometric Foundation. His active career included several keynote and featured presentations at various associations and colleges at the State Board of Optometry, post-graduate education meetings, Olympic Professional Society, College of Optometry at University of California at Berkeley; Dean's Convocation, College of Optometry in Forest Grove, Oregon. He was a member of Winlock Lions Club and South County Chamber as well.

Most Notable for Winlock and the surrounding area was Dr. Wong's establishment of the Optometric Clinic as the only Optometrist through the life of the clinic. After several years of rented space, he was able to secure property and build a new office in 1975. Dr. Wong's love for Winlock and the surrounding communities made Dr. Wong a key asset to the community. Efforts are being made to continue Dr. Wong's Clinic with a new optometrist.

Dr. Wong's demeanor and civic pride for helping develop growth in the small town of Winlock has been gratifying according to many residents in the area. He has not only helped residents but he has helped the town of Winlock as well. Mayor Don Bradshaw stated, "This town, in our entire history, has had no better citizen than Dr. Chuen Wong. He steadfastly and quietly ran his business and supported the community in so many ways that most citizens never knew."

Bradshaw continued, "And I, as Mayor, not only lost a solid citizen but a longtime personal friend. I have had many great friends and no one better than Dr. Wong. I, along with the rest of the community, will miss him greatly."

Dr. Wong's sister, Mabel Yip, stated, "He blazed the way for the rest of us. He was hardworking and studious. He found a way to get his education and worked tirelessly to achieve it."

Dr. Wong and Rosanna adopted their son, Lance, in 1977. Many of us remember this well, as the entire town was excited that we had a new baby coming to Winlock. For many years, you would see Rosanna and Chuen with Lance around town. In 2003, Lance married Melinda who gave Dr. Wong and Rosanna four beautiful grandchildren. Lance Wong stated, "my favorite times spent with my dad was when we were fishing and playing tennis."

Melinda Wong stated, "Dad was an amazing man. One of my favorite memories of him is before I got married to Lance Wong and he asked me to practice dancing together so we could dance on the floor the day of my wedding. This is a very special memory for me and, boy was he a great dancer. It's no secret he could put down some food which you would never guess since he was so small. He loved his food. I loved the way he used to talk about Rosanna every time she was gone. He would brag about how wonderful her cooking was and would proceed to tell me how to cook something she made. He was also very good with conversations talking about the news, medical topics, school, and family. We had some amazing conversations and I loved learning from him. He was an amazing man with a HUGE heart. However, my absolute favorite memory will be when his face lit up every time he saw his grandkids. Always having a sucker to give each one. I can still hear his laugh when he hugged each of his grandchildren. I'm so thankful for this memory and the love he shared with them. They were his pride and joy. Dad, we miss you so much. Thank you for loving me and your family the way you did. God blessed me with the best father-in-law a girl could have."

Directions are under the care of Fir Lawn Funeral Chapel in Toledo, Washington. In lieu of flowers, donations can be made to your favorite church or charity.
Due to limited to parking, additional parking will be available on Kerron Ave, between Walnut and Fir, also known as "The Plaza" and across the street from Grinders Coffee. There will also be parking available at Winlock Miller Elementary School.