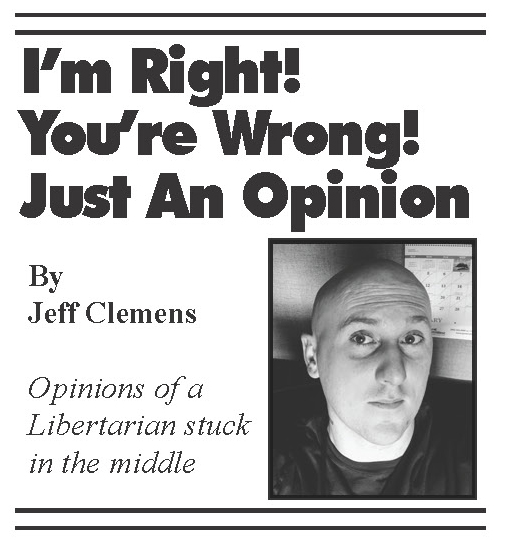 President Trump recently unveiled his plan for gun laws and ways to try and put an end to the growing consistency of mass shootings. The most interesting part of the plan was to arm teachers in schools.

Schools are places for our children to learn and they shouldn't be terrified each and every day that a school shooting is possible or that their lives are at risk. Possibly for the first time in Trump's presidency I can actually agree with him on something while completely despising him in almost every way.

The reality is shootings are happening and it's time that something be done. What did Obama do after Sandy Hook? Pretty much nothing. Trump is actually trying something, he is doing something, but instead is garnering more criticism than positivity. Maybe his idea will work, it's sure a lot better then not doing anything at all.

Law enforcement can only do so much and at some point we have to take some responsibility. It can take them minutes to respond when mere seconds can matter. Texas has 122 schools where a teacher or staff member is legally able to carry a firearm to protect students. Not one active shooter or firearm negligence accident from the armed staff has happened. Yet, everyone is crying out Trump's plan will do more harm than good.

Logically it's not guns that kill people, it's people killing people and we as a society need to accept it instead of always putting blame on other avenues such as the gun itself. Other than some random accident with an accidental discharge (typically from operator negligence) a firearm will not point itself at a person and pull its own trigger.

New stricter gun regulations will only affect law abiding citizens because last I checked bad people don't really care. Several incidents lately could have been possibly prevented had current gun laws actually been followed. If not guns it will be something else: knife, sword, machete, baseball bat, truck or car and the list goes on. People determined to carry out attacks will always find a way regardless of laws and regulations.

Society as a whole is to blame and unfortunately that truth hurts. We have video games that reward players for killing and making it fun. Then we have mainstream media that broadcast these incidents over and over not because they care, but because it garners them viewers. And doing so it's telling those who wish to carry out these sinister attacks that it's possible. If you turned on any major news network in the days following the Florida school shooting analysts were breaking down not just the weapon the shooter used, but how he carried out the attack...

Yes, Trump's plan is rather unconventional, but it is logical. Sometimes you have to fight fire with fire and it seems that time has come.The key to this is proper training for staff to be armed. A lot of thought process and training has to be instilled in them to make proper decisions under very intense situations. I can't imagine the funds not being able to be found for the training. Firearms training is available just about everywhere and several instructors I have spoken with have said they would be willing to donate their time to ensure our children are protected.

I personally would rather see armed teachers at schools able to protect children then leave them helpless and at mercy of an active shooter. It took law enforcement 4 minutes to reach the Florida school shooting, a lot happened in that short time. To me, 4 minutes is way to long for our children to be helpless.