Trooper made the ultimate sacrifice 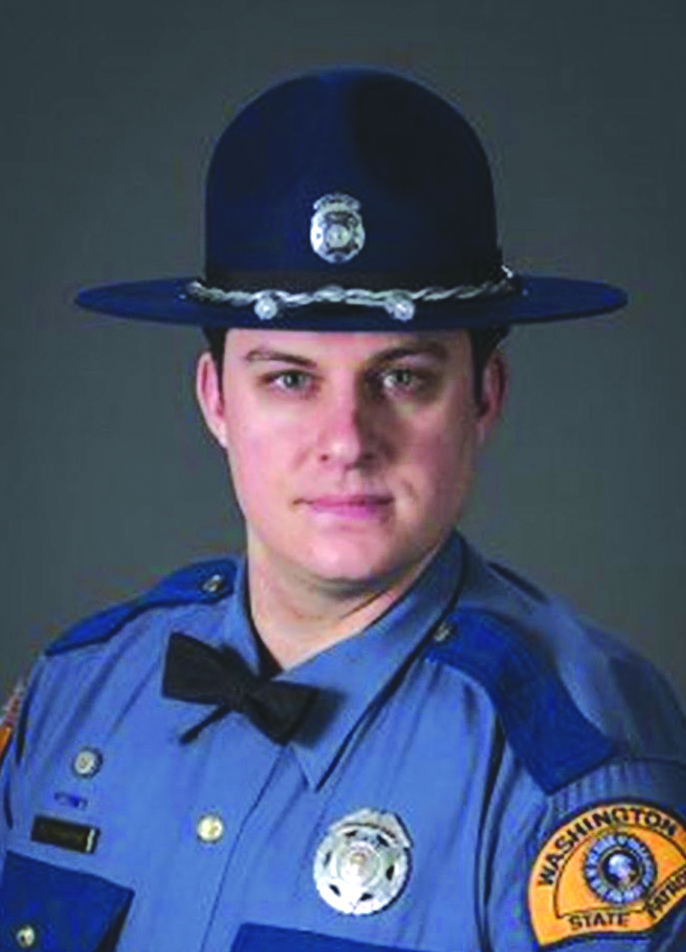 Washington State Patrol released a statement, "Trooper Schaffer passed away today, March 24, 2020, at the age of 28 after serving 7 years with the State Patrol. He was fatally struck by a vehicle while placing spike strips down on Interstate 5 in Chehalis. He is survived by his wife, Sandra, his mother and father Sheila and Glenn and his brother Brandon, and his K9 partner Frankie. Our hearts go out to this grieving family and we recognize the unique sacrifice they have offered to our state as Justin's father, Glenn is currently the Chief of Police in the City of Chehalis."

The chain of events started on Monday, Thompson stole lighter fluid from a convenient store. The clerk and a customer attempted to stop Thompson, who flashed a stun gun and used racial slurs. On Tuesday, officers spotted Thompson's vehicle and the pursuit began. Thompson drove down interstate 5, at times using the shoulder to pass vehicles.

After Thompson hit Trooper Schaffer, he continued down I-5 where he swerved into another Troopers vehicle. This caused a piece of metal to shear off and hit the Trooper in the chest.

Thompson has a previous criminal history and had undergone a competency hearing in January for assault charges against two jail officers in Thurston county. Per court records, Thompson had struck two officers in Thurston County Jail. The competency hearing concluded that Thompson could not assist his attorney in his defense but understood the charges.

Lewis County Sheriff Rob Snaza stated, "The Lewis County Law Enforcement community is mourning the death of our brother who gave the ultimate sacrifice to protect us. It is with heavy heart that we pray for the Schaffer family in their time of need. This is a grim reminder that each day, men and women in Law Enforcement go out to protect and serve with the knowledge that they may not come home. We are blessed to live in a community where our first responders are truly appreciated."

Due to the coronavirus services have not been arranged for the public.