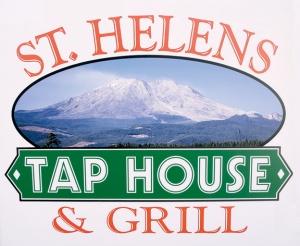 The sign for St. Helens Tap House & Grill, which opens today in Downtown Toledo at the old location of Harry’s Place.

Toledo’s local tavern is transforming into a youth and family oriented restaurant under new ownership this year.

"We want to keep the local history here but, of course, enhance on that," said Chris Fraser, adding the restaurant will feature beers from St. Helens Brewing Co., a local micro-brewery also owned by the Frasers.

The couple became acquainted with previous owner Jack LeDuc last year when they started selling their beer to Harry’s Place, and said they began to frequent the bar for the friends and good food.

LeDuc sought to encourage their growing business, which began selling beer to the public in November of 2011, and would introduce the Frasers to patrons as the future owners of Harry’s Place. LeDuc then recently presented a serious offer to sell the restaurant to the Frasers, and said he will be available to assist as St. Helens Tap House & Grill gets up and running.

"All along, they’ve absolutely supported us," said Callie Fraser of the LeDucs, who have offered to help with management and bookkeeping advice as the Frasers undertake their first restaurant venture.

Their position as well-established brewers will also be giving them an edge, as they plan to offer a large number of regional and specialty beers in addition to well-known favorites.

"Something we’ve found out that’s really cool about the micro-brewing community is they all help each other out," said Callie Fraser, stating they plan to install 20 tap lines and will carry five of their own varieties.

Aside from offering a Pacific Northwest micro-brew experience, St. Helens Tap House & Grill will also feature a menu for those mindful of their wallet and their health.

"We both tend to be healthier, so we added some healthier options to the menu because, right now, it’s almost all grilled and fried food," said Callie Fraser, adding meals and entertainment will be geared for young people looking for a place to hang out. "It’s really cheap food and drinks because we know how much money our teenagers run around with."

Minors will be allowed in all areas, except at the bar, until 9 p.m. and those wishing to play shuffleboard or pool can do so for free, but will be asked to provide a student or state ID as collateral.

And the regular events residents have come to expect from Harry’s Place, including the beer garden during Cheese Days and recent musical acts, will continue under the Frasers’ ownership.

"I have some friends down in Portland who are really into the music scene and with a bunch of different bands that we can get up here," said Callie Fraser, stating LeDuc is welcome to return and jam on stage any time he wants.

To find out more about the St. Helens St. Helens Tap House & Grill, give them a call at (360) 864-2700 or drop by during their regular business hours Tuesday through Sunday from noon to close. 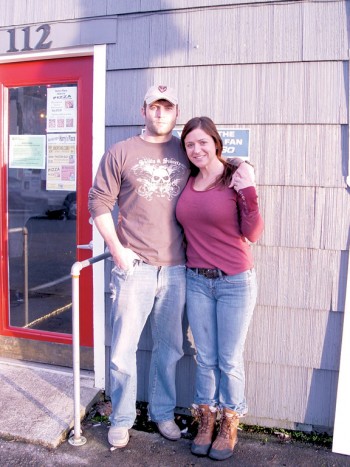