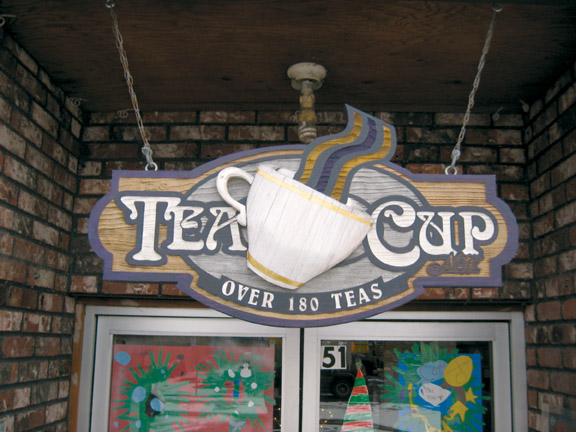 The sign above The Tea Cup, in Castle Rock, which has begun serving meals alongside their variety of exotic teas.

After having gone through a few different incarnations recently, The Tea Cup has now filled the space formerly occupied by Hatties, in Castle Rock, and has begun serving food, as well as a large assortment of teas.

Started originally in the Chehalis area by owner Kathi Rogers, The Tea Cup lays claim to more than 180 varieties of tea, both exotic and familiar, with purchases available both by-the-cup and by-the-ounce. Rogers said a number of blends, primarily local, do very well, including Cream Earl Grey, Market Spice and Sunset in Seattle.

Available since the beginning of the month has also been an assortment of café-style foods, including homemade soups, sandwiches, wraps and deserts. Rogers said she plans to expand to other services as well, and will be leasing room starting in January to Christina Jackson and Tammy Watson for massages as well as salt and oil rubs, turning the venue into a truly relaxing experience.

Other opportunities are also expected to open up for items sold on consignment by local artists and authors, including items such as painting and antiques. 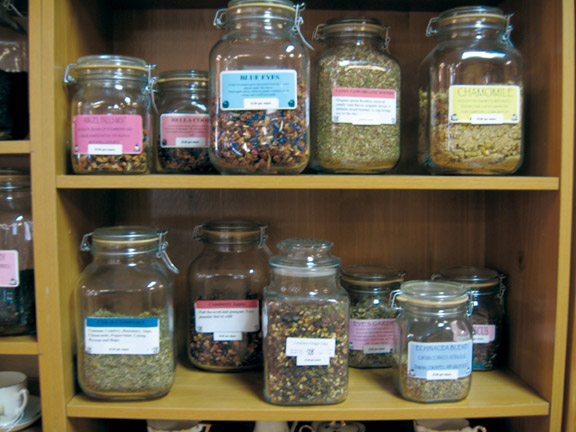 An assortment of exotic and familiar teas are on display and available for purchase both by-the-cup and by-the-ounce. 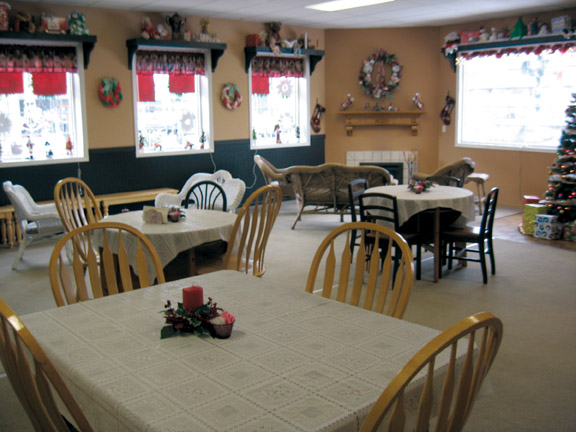 The dining room at The Tea Cup, which can be reserved for private events such as High Tea Ceremonies.