The lore of Thanksgiving 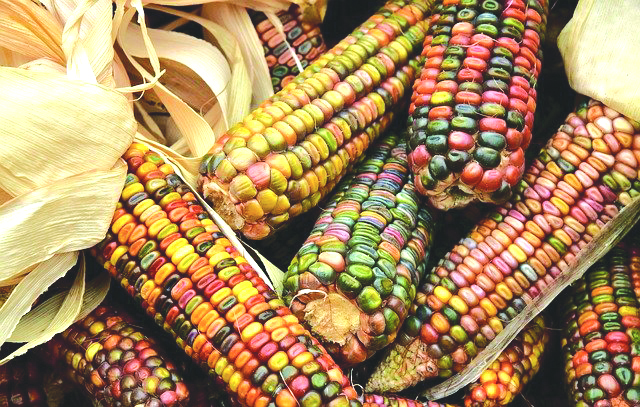 Thanksgiving is Thursday and many of us learned the story in school. The native Americans in this time helped the pilgrims with their harvest. Many pilgrims died before Thanksgiving, 102 lost their lives to disease and other illnesses. The remaining 52 pilgrims celebrated with the Wampanoag Tribe of Massachusetts.
The first Thanksgiving dinner was to celebrate the fall harvest. Celebrating the fall harvest was an English tradition and the pilgrims had much to celebrate in their new land.

Edward Winslow stated at the time about the feast of the day, "Our harvest being gotten in, our governor sent four men on fowling, that so we might after a special manner rejoice together, after we had gathered the fruits of our labors; they four in one day killed as much fowl, as with a little help beside, served the company almost a week, at which time amongst other recreations, we exercised our arms, many of the Indians coming amongst us, and amongst the rest their greatest king Massasoit, with some ninety men, whom for three days we entertained and feasted, and they went out and killed five deer, which they brought to the plantation and bestowed on our Governor, and upon the Captain and others. And although it be not always so plentiful, as it was at this time with us, yet by the goodness of God, we are so far from want, that we often wish you partakers of our plenty." It's important to see how the Wampanoag tribe helped them hunt. Some 90 men went to hunt for the dinner but only 21 pilgrim men were left.

Thanksgiving was not what they called this event, they considered it a harvest celebration. It wasn't until 1854 when it was retold by Sarah Josepha Hale, who read Edward Winslow's writings, she decided to bring this historic celebration back to life. Up until then, Thanksgiving was only a regional New England holiday and wasn't celebrated across the country like it is today. Hale began publishing recipes and articles about the feast. That is how we started associating turkeys with Thanksgiving Day.

Thanksgiving did not become a national holiday until Hale began writing letters to each sitting president starting in 1846. She wrote five letters to five presidents. Abraham Lincoln was the only president who listened and supported the legislation. America was in the middle of a Civil War and it has stuck every since 1863.
So, next time someone says I know about Thanksgiving, ask them when it became a holiday. It took many years to become a holiday, but it is now a holiday celebrated by all instead of just the New England states.

This year at your Thanksgiving dinner, don't forget to say what you are thankful for. There is so much to be thankful for but for me, I am thankful to be with my family.