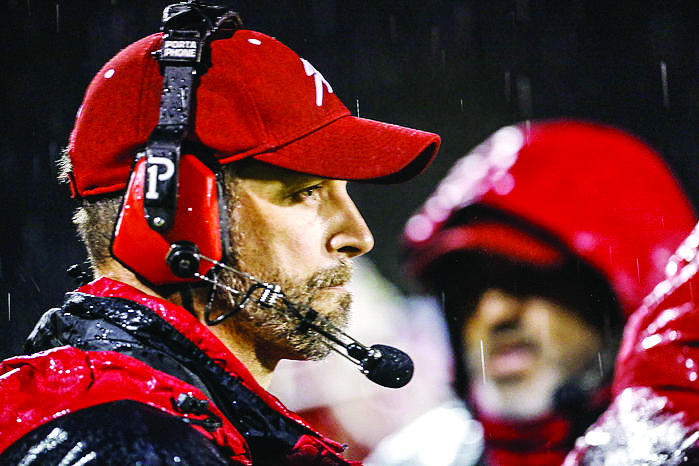 Ben Suhrbier no stranger to "football weather" will bring his skills to the Winlock gridiron this year.

Starting off the challenge of being a new (veteran) teacher to the Winlock School District in 2014, Ben Suhrbier has now taken on even more challenges with the start of 2015, by becoming the Winlock Cardinal's Athletic Director and Varsity Head Football Coach.

After his tenure as a teacher and head football coach in Castle Rock, Suhrbier took on the job as Social Studies teacher at Winlock Middle School in 2014. As if being a new teacher wasn't hard enough, he then applied for and became the Athletic Director. With the resignation of head football coach, Mike Voie, a new coach was needed. Since this resignation was later in the year, there weren't any teaching/coach positions available. Winlock wanted a top-notch coach, Suhrbier was asked if he would take the position. "I said, yes! I'll be happy to do it. I know that puts a lot more on my plate, but we'll make it work."

Now with the 2015 football season approaching and practices soon to start, Suhrbier already has a good idea of the season ahead.

"I'm looking for a real disciplined team that by seasons end has got the competitive nature back in the program and that they are competing all the way to the end of the game."

With this goal of bringing back the Cardinal Spirit, Suhrbier plans to emphasize the idea of competition. His game plan being that Winlock will keep fighting and trying to compete and not give up. "We have to get these kids to be able to compete before we can even consider having a winning season."

When asked if there would be any changes, he stated that he aspires to change the mentality of the team, the competitive nature of the kids, and discipline.

"We're going to have much more discipline and much more structure in our practices." He continued to state that his players would have no standing around time and he liked to work down to the minute. As for keeping anything the same, he enjoys the family atmosphere that Winlock has, the bonds between the players and the team dinners every week.

"We need to give them a reason to be successful." Suhrbier also has the vision of bringing the athletic program up to speed with the academic program. He hopes to get Winlock to the point of attracting kids, not losing them to other districts.

"Athletics teaches you about your own character, teaches you about adversity. That's the life lessons I want them to get out of it. Athletics has ups and downs; adversity has high points and low points, just like regular life. That's the main thing we need to teach them." As the new coach to the Winlock Cardinals, Suhrbier brings with him several coaches that want to make Winlock better. With the start of the football season just around the corner, we pass off our best wishes to Coach Suhrbier as he tackles the position as head football coach of the Winlock Cardinals! Good Luck, Coach.