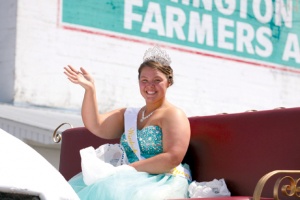 Impending downpours were saved until the day after the 77th Egg Day Parade this year, much to the delight of more than 1,000 spectators in attendance last Saturday.

Themed “The Great Eggscape,” this year’s festivities were led by Grand Marshals Raleigh and Pam Stone, as well as Egg Day Queen Sophie Randall and Egg Day Princess Sydney Gilreath. The parade lasted well more than an hour with its dozens of entries, being stopped a handful of times by passing freight and passenger trains. This seemed to dull no-one’s excitement as candy and cheers kept flowing.

Joining the parade this year were multiple individuals running for public office, including mayoral candidates Denise Green, Lonnie Dowell and Don Bradshaw. Cheers of support for each were heard during the parade as they hope to build support prior to the Primary Election in six weeks time.

After the parade, there were many opportunities for residents to encounter the regular and seasonal attractions Winlock has to offer. The Fire Hall for District 15 was open to the public, providing information on regular district activities as well as fire safety and a chance to operate a real fire hose. The Winlock Historical Museum, usually open on Wednesdays, welcomed guests to their regular exhibits, which now include a computerized catalogue of the many pictures they have on hand, some even dating back to WWI. The museum is also selling cook books with recipes from long-established Winlock families, as well as pictures from various points in the city’s past.

This weekend also marked an opportunity for residents to encounter Winlock’s new reserve officers during their first days on duty. These volunteers were tasked with directing traffic, patrolling beer gardens and helping keep order during this active time of year, and some even worked a solid 24-hour shift to assist regular full-time officers.

Given the breadth of activities and coordination needed to organize such a successful event, members of the Egg Day Committee are already hard at work preparing for the 78th festival next year, and Town Crier would like to thank them for all their contributions and support. 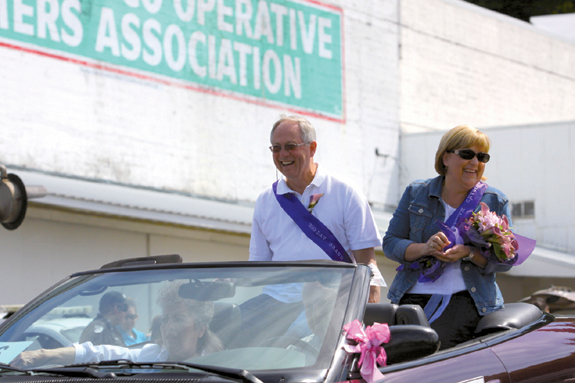 Local residents Raleigh Stone (left) and Pam Stone (right) served as Grand Marshals for the parade this year. The Stones have taken an active role in community organizations and often allow use of Cedar Village IGA, where Raleigh Stone is owner, for fundraisers. 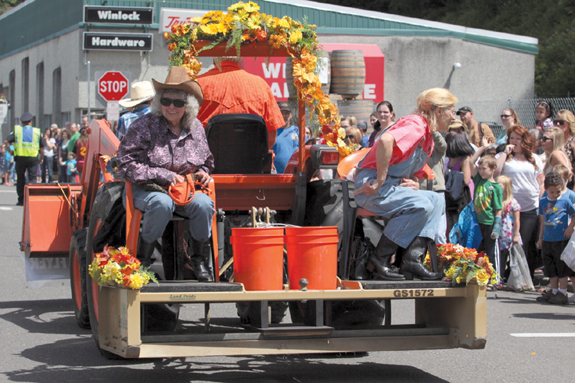 Many colorful floats were entered into the parade, including this one by Dick’s Tractor Works, owned by Dick Elliot. 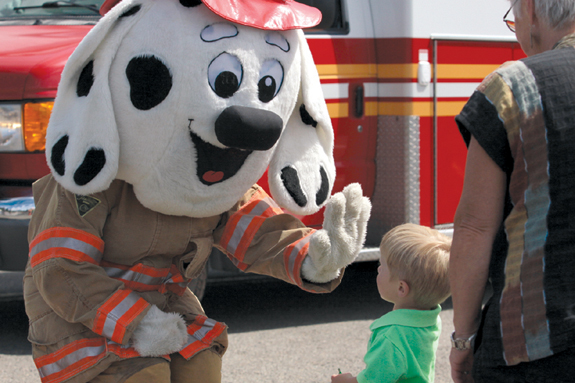 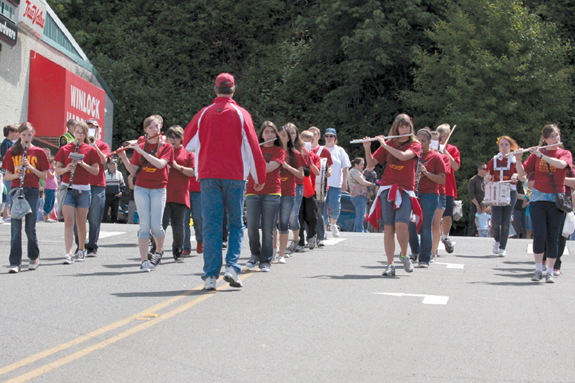 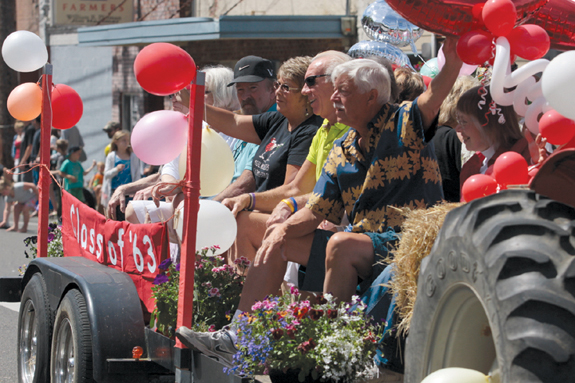 Members of the Winlock High School graduating class of 1963 rode on a float in time for their 50th reunion.