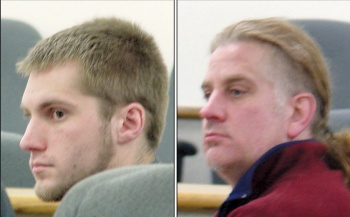 Months of investigation have led to the arrest of a Toledo man suspected of playing a significant role in local drug distribution.

Lake A. Gregson, 23, was arrested Feb. 16 along with father David A. Gregson, 48, after deputies with the Lewis County Sheriff’s Office executed a search warrant on the 100 block of Conifer Ln.

The warrant was obtained after investigators with the South Lewis County Task Force performed controlled drug buys from Lake Gregson, based on intelligence indicating he was a mid-level distributor of narcotics.

According to charging documents, the buys took place three times during January and February and involved a confidential informant, who was asked to purchase around $100 of meth each time. During one of the buys, the informant agreed to wear a wire and was able to obtain video and audio documentation of Lake Gregson weighing out and selling meth from his bedroom at the Conifer Ln. residence.

During the Feb. 16 warrant execution, deputies searched Lake Gregson’s bedroom and found an ounce-and-a-half of meth (with an estimated street value of $1,800) in the pocket of a pair of pants owned by the suspect, as well as drug paraphernalia associated with the sale of meth and a quantity of meth for personal use. Also confiscated were a loaded Taurus 9mm handgun, a cache of blasting caps, a laptop computer and the miscellaneous drug contents of a small safe.

Deputies also found numerous items of drug paraphernalia and a small baggie of meth in David Gregson’s bedroom. They additionally interviewed Lake Gregson’s girlfriend at the scene, who reportedly said the suspect has been dealing meth for an extended period of time and that she has personally been with him while he was selling to users or buying from his supplier.

David Gregson has been charged with possession of methamphetamine, and is currently released on $10,000 bail. If convicted, he could face up to five years in prison.

Both suspects retained legal counsel during a preliminary appearance before Judge James Lawler Feb. 19 and are scheduled to be arraigned Thursday morning in Lewis County Superior Court.

"This definitely does effect the Toledo/Winlock area," said Sgt. Robert Snaza with the Lewis County Sheriff’s Office. "We identified Lake Gregson early on as a big player."

Snaza, who is also head of the South Lewis County Task Force, said Lake Gregson has been one of multiple suspects investigated in the Winlock, Toledo and Vader areas since the formation of the task force in December, and efforts to arrest and prosecute higher-level drug suppliers are ongoing.

"If you’re dealing drugs," he stated to his suspects, "we will find out, we will catch you and you will be prosecuted." 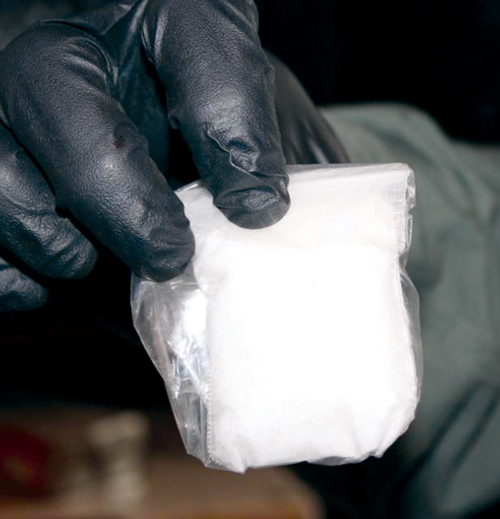 One-and-one-half ounces of meth found in Lake Gregson’s bedroom Feb. 16, which authorities estimate to be worth around $1,800 on the street. The seizure of this meth, as well as Gregson’s arrest for suspected drug distribution, is expected to deal quite a blow to the drug trade in the South Lewis County area, according to Sgt. Robert Snaza of the Lewis County Sheriff’s Office. 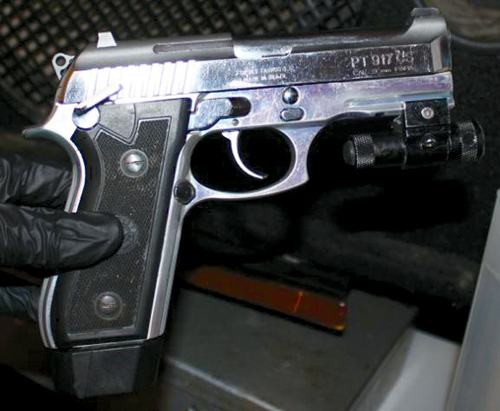 A Taurus 9mm handgun loaded with 19 rounds found in the bedroom of Lake Gregson during a warrant search Feb. 16 at his residence on the 100 block of Conifer Ln., west of Toledo. Though Gregson was in legal possession of the firearm, its presence, along with a large quantity of meth and multiple small plastic baggies, indicates his involvement in local drug distribution, according to state prosecutors.