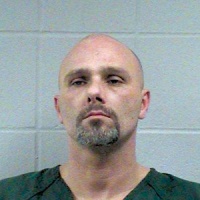 Charles R. Reese, 37, is being sought in connection with multiple ID thefts and forgeries in Lewis and Cowlitz Counties recently.

Reese was identified as a suspect with the help of the Kelso Police Department after he, and an unidentified female, were documented during a theft at Chehalis Rentals on the 300 block of Louisiana Ave. They were seen driving a white 2002 Ford cargo van with Washington license plate B70532K.

Reese is a white male, 5'11, 200 lbs, with shaved or brown hair and hazel eyes. He has been known to use different aliases and frequents Toledo and Castle Rock and was recently spotted in Chehalis.

If you have information regarding the whereabouts of Reese or his female accomplice, contact the Lewis County Sheriff’s Office at (360) 748-9286 or, to leave an anonymous tip for a possible cash reward, call Lewis County Crime Stoppers at 1-800-748-6422.
Read more from:
TC - Police, Fire and EMS
Tags:
None
Share: