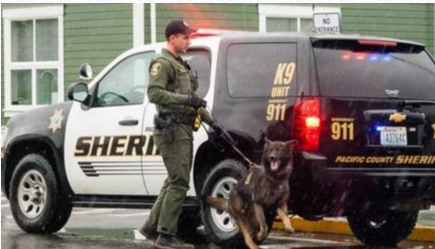 NEMAH - A shooting on North Nemah Road resulted in the death of a 26-year-old man. The victim is Raymond Shotwell.

The shooting occurred in the early morning last Thursday at approximately 1:17 a.m., according to information released by Pacific County Chief Criminal Deputy Pat Matlock, who reported that the Pacific County Communications Center received a 911 call from a man who said he had "just shot his brother and that his brother was dead." 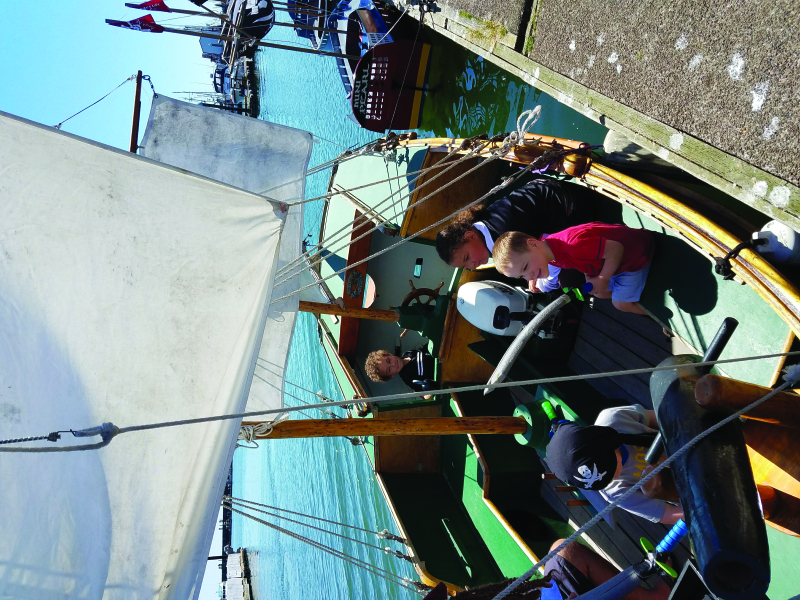 Photo by Karen S. Carter - A pirate yacht, in miniature, is usually docked close by so the visiting kids can join the crew and get their sea legs. Just watch out for mutinous crew members when it is time to get off the ship. Parents might have to walk the
Pirates set to plunder Westport June 25 to 27
By Karen S. Carter

Rusty Scupper's Pirate Daze 2021 is a go for this year during the last full weekend in June. This event put on by the Half Moon Bay Pirates starts on Friday, June 25, and lasts until Sunday, June 27. The street fronting the Westport marine will be full of pirates, entertainers, shops, games, food vendors and displays mostly of the pirate variety.

Eyepatches, hooks, swords, and other pirate-themed loot will be available throughout the festival to spend your doubloons on.

South Bend Indians mascot
Indians mascot will soon be a thing of the past
By GEORGE KUNKE, geoakunke@gmail.com

SOUTH BEND - With legislation now passed and signed into law by Gov. Jay Inslee, South Bend School District must change its Indian mascot. Going into effect July 25 is SHB 1356, a bill prohibiting Washington schools from using Native American names, symbols, and images as school mascots, logos, or team names, and requires all schools to be in compliance by January, 2022. For South Bend HS, Henry Hackadoo will have to go too.

"The district must comply with all Washington state laws," South Bend Superintendent Dr. Jon Tienhaara told the Herald. "There are always multiple opinions and feelings with sensitive issues such as this, we will do our best to comply as required." The district is doing its best to comply with the law. We are mandated to make the change before Jan 1, 2022." 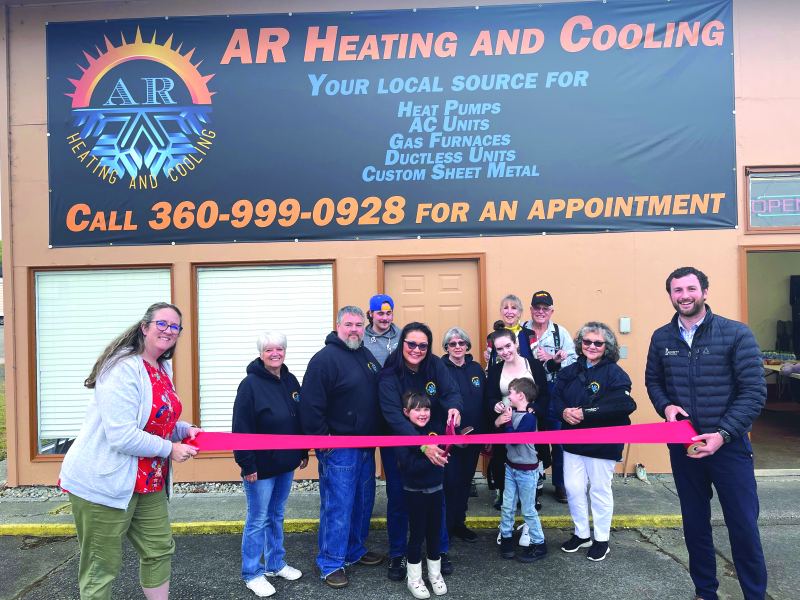 Photo by Bob Rockett - The Willapa Harbor Chamber of Commerce held a ribbon cutting ceremony for AR Heating on May 25. Please congratulate Jeff and Sonja and welcome them back to the community.
AR Heating opening their doors

If you've been at the far end of South Bend lately, you may have noticed a new business at the edge of town. AR Heating opened its doors at 1300 W Robert Bush Dr in March.

Owners Jeff & Sonja Ping are no strangers to the area. Both grew up here and are happy to have returned home where they hope to contribute to the community they love. 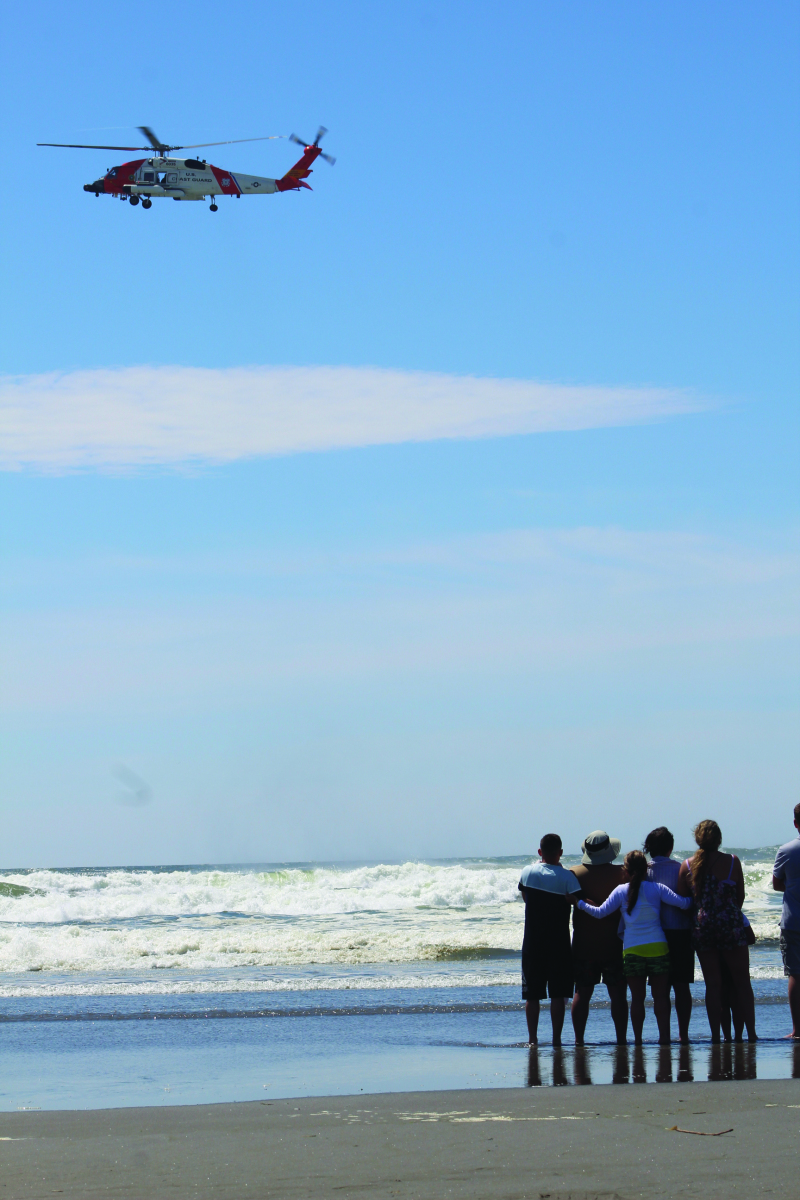 LONG BEACH -- A Memorial Day family outing on the main access to the beach in Long Beach turned to tragedy when a 14-year-old boy was presumed drowned after possibly getting caught in a rip current/undertow while swimming in the ocean.

The U.S. Coast Guard suspended the search last Monday night (May 31) for the boy, who was reportedly swept offshore while standing in water up to his waist when he went missing, a Washington State Park Ranger told the Herald at the scene.

At approximately 2:00 p.m., the teenager was reported to be missing by his friend, who confirmed he was wearing a red swimmers cap, gray T-shirt and black swim shorts.

Petty Officer Cynthia Oldham of the Astoria Coast Guard Sector Columbia River talked to the Herald by phone Monday morning about the incident. Oldham has been with the Coast Guard for 16 years, including 15 in Astoria and one year in Boston.

"As of this morning (9:45 am), we had no reports of finding him," Oldham informed. "When a search is suspended, they won't back out pending information, such as, if a fisherman saw something and called it in, then we would relaunch.

"We're not exactly sure what happened to him, it would just be a speculation to say a rip current took him under," Oldham said. "He was from Portland (Oregon) here for vacation. He was with a friend in the water and a bunch of family and friends were onshore." 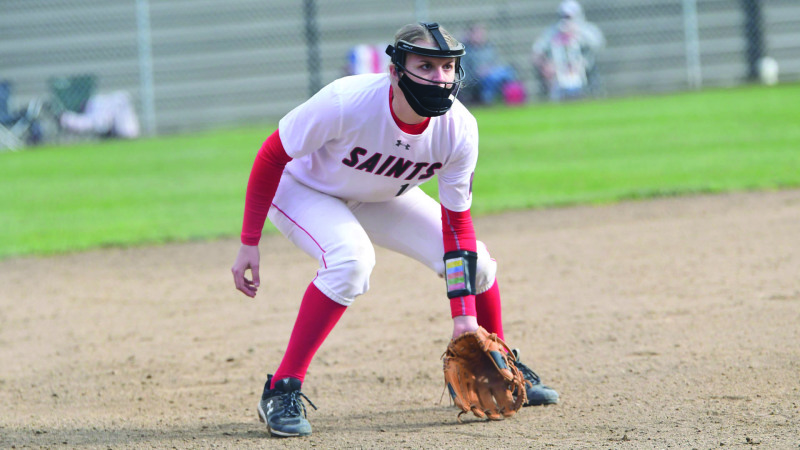 Patrick, who hit with a lethal wickedness in high school as a member of the Pe Ell-Willapa Valley Titans, pretty much picked up where she left off while establishing herself as one of the Saints' best hitters, and also in the West Region. Patrick is one of only six freshmen to be named to the first or second all-league team which includes players from California, Arizona, Idaho, Hawai'i and Washington. Note: The D2CCA is comprised of sports information directors from each region, with each member nominating and voting. All first team selections then move on to All-American voting. 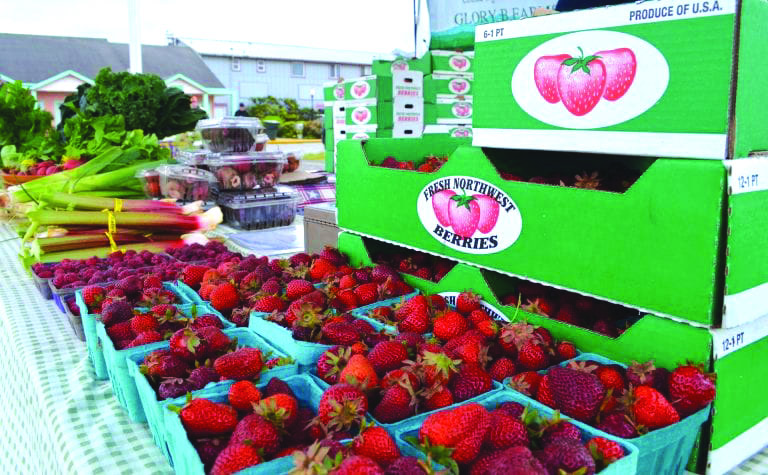 There are openings for more businesses to sign up for the Raymond Farmers Market (RFM), which opens Friday from 2:00-7:00 p.m. along the grassy area in front of the Northwest Carriage Museum in historic downtown Raymond. The event, under the direction of RFM Manager Denise Spaman, is scheduled to take place every Friday from June 4 through September 24. 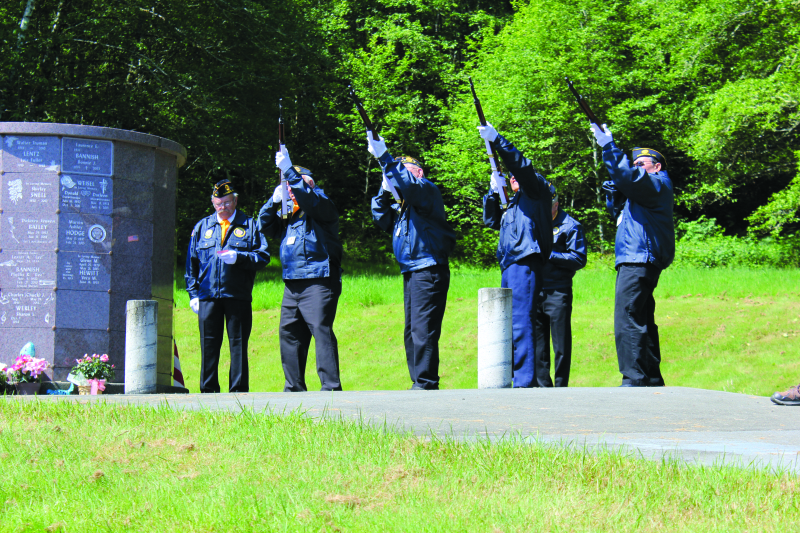 On Memorial Day, Monday, May 31, the Raymond American Legion in conjunction with VFW Post 968 and the Marine Corps League, will hold two short observance ceremonies. One will be at the Fern Hill Cemetery starting at noon with a guest bagpipe player and guest singer Lily, who will perform her own song. The second will be at the Bush Memorial in South Bend starting at 1:00 p.m. 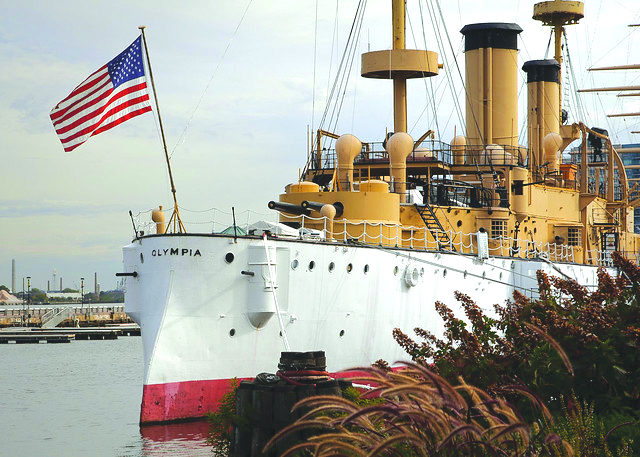 What does it mean to serve for others? In many cases the sacrifice is death. Come November 11, we will see the celebration of the Centennial of the Tomb of the Unknown Soldier, located in the National Cemetery, just across the Potomac River from Washington, D.C.

In 1921 this monument commemorated the American armed forces who fought in the Great War, the "war to end all wars." My uncle, Thomas Darrah, and my grandfather, James L. Frink, both survived combat in the trenches as soldiers in France in 1918. 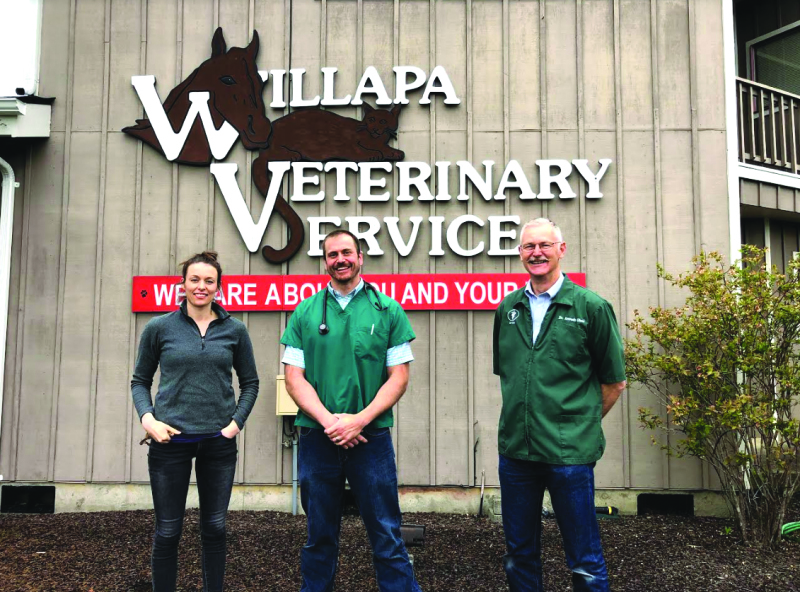 Courtesy Photo - From left are Dr. Kathleen Sutton, Dr. Eric Sutton, and Dr. Ken Olson, who sold his veterinary business to the Suttons and is retiring.
Time to Live Retirement, Dr. Olson calls it a career after 37 years
By GEORGE KUNKE, geoakunke@gmail.com

Dr. Kenneth Olson DVM has decided to retire from his veterinary business after 35 years of local service. Olson was the owner/operator of Willapa Veterinary Service at 230 Ocean Avenue in Raymond. The new veterinarians and owners of the business are Dr. Eric and Dr. Kathleen Sutten.

After 37 years overall, Olson believes it is the right juncture in his life to leave what he's loved so much, and enjoy retirement.