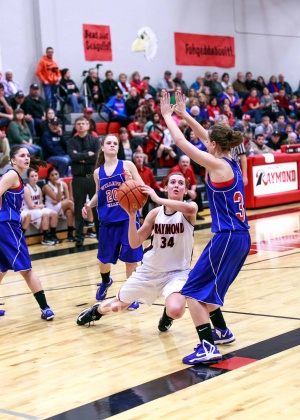 Raymond HS senior Abby Maneman was named the Most Valuable Player of the Pacific League by a vote of coaches. Raymond head coach Jon Schray was named Coach of the Year after guiding the Lady Seagulls to an undefeated league championship and 22-4 record.

The Sportsmanship Award was awarded to Ocosta.