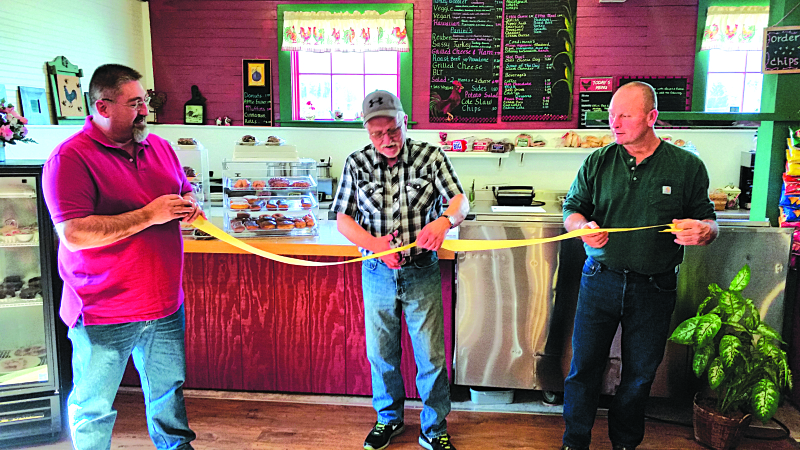 The Rowdy Rooster Deli had their ribbon cutting ceremony on Friday, March 18th at 2:00 PM. Since opening on Wednesday, March 9th, the business has been met with a flurry of customers. The restaurant is very family oriented, run by local people, and a great place to sit down in the morning and cup a cup of coffee or some lunch with friends. Many members of the community including city council members and the mayor came together to welcome this new business into Winlock. The Rowdy Rooster sells sandwiches, paninis, soups, and various other foods while selling pastries and baked goods as well. The Rowdy Rooster Deli is located at 503 NE First St. in Winlock. It is open Tuesday through Saturday from 9 AM-3:30 PM. For any information or to call in an order, please call 360-785-6399.

Some of the deli items include Sandwiches like the Rowdy Rooster, Turkey Gobbler, and the Hawaiian. Paninis like the Reuben, Sassy Turkey, Grilled Ham and Cheese are also available.

If you feel like something different than a sandwich, the deli also offers hot dogs, chili cheese dogs, salads, and soups.

Stop by for a breakfast of coffee and a donut, apple fritter, cinnamon roll or muffin.

The Rowdy Rooster is just waiting to welcome you to their delicious eatery.