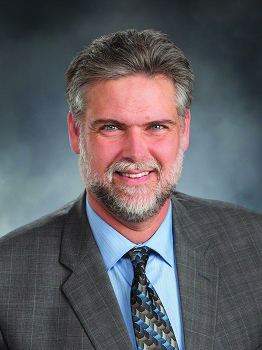 Rep. Ed Orcutt has been named ranking Republican on the House Finance Committee.

The House Finance Committee considers issues relating to state and local tax policy, such as increases or decreases in taxes, exemptions from taxes, and changes in the administration of taxes. With movement expected on a capital gains tax in the Washington State House of Representatives this legislative session, the committee is certain to be a battleground of contrasting ideas on tax policy for the state.

"Our state is experiencing record tax collections, which should be more than enough to fund its priorities, and yet there are still calls for new taxes - including a capital gains income tax," said Orcutt, R-Kalama. "My role on this committee is to protect taxpayers. While our economy is strong and unemployment is low, many families still face struggles and economic anxiety. What we do in Olympia should never add to these burdens."

Orcutt was also chosen for the House Transportation Committee, where he previously served as ranking Republican, and for the new House Rural Development, Agriculture and Natural Resources Committee.

The 20th District lawmaker will also continue his role as a member of the Washington State Economic and Revenue Forecast Council, which he rejoined last May.

The council promotes state government financial stability by producing an accurate forecast of economic activity and General Fund revenue for the Legislature and the governor to use as the basis for writing the state budget.

The 2019 legislative session will begin on January 14 and is scheduled to run 105 days.