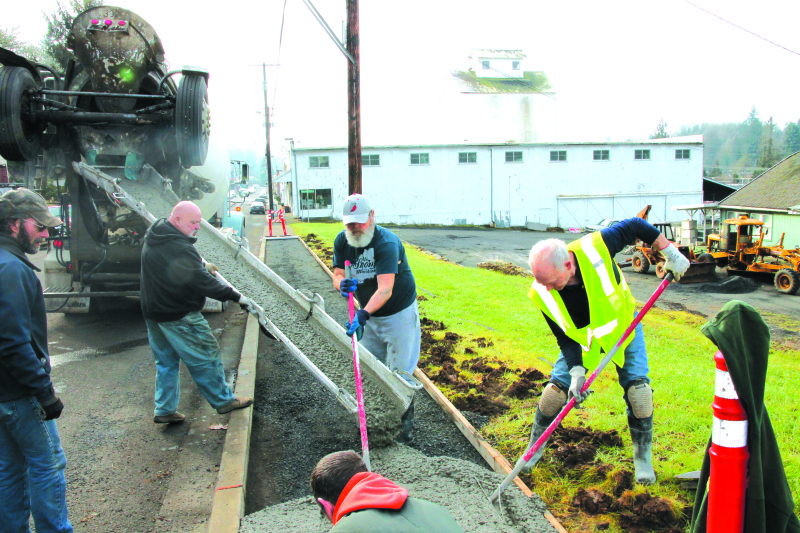 Photo by Lynnette Hoffman - A crew at work on the sidewalk adjacent to First Street.

Is First Street by True Value Hardware in Winlock open for good this time? Recently the sidewalk was removed at the request of the city by Mike Hogg of Metal Barn, revealing that absolutely no damage had been done to the road itself.

While citizens of Winlock have been forced to use a single road, the city engineer stated First Street was safe even before the sidewalk was removed, which raises the question of why the road was closed.

The sidewalk was replaced at the expense of Glen Cook, owner of the lot adjacent to the road.

"There was no damage to the road at any time. It was closed for no structural reason," Cook stated.

An attempt to get a copy of the city engineering report was met with some confusion, as the city doesn't have a report for the road, according to Winlock City Clerk Tedi Curry.

A records request for information pertaining to the road closure was denied to the Town Crier pending possible litigation.

When Mayor Dowell was asked if the pending litigation would continue after the approval of the sidewalk, he stated, "It will be up to the council."