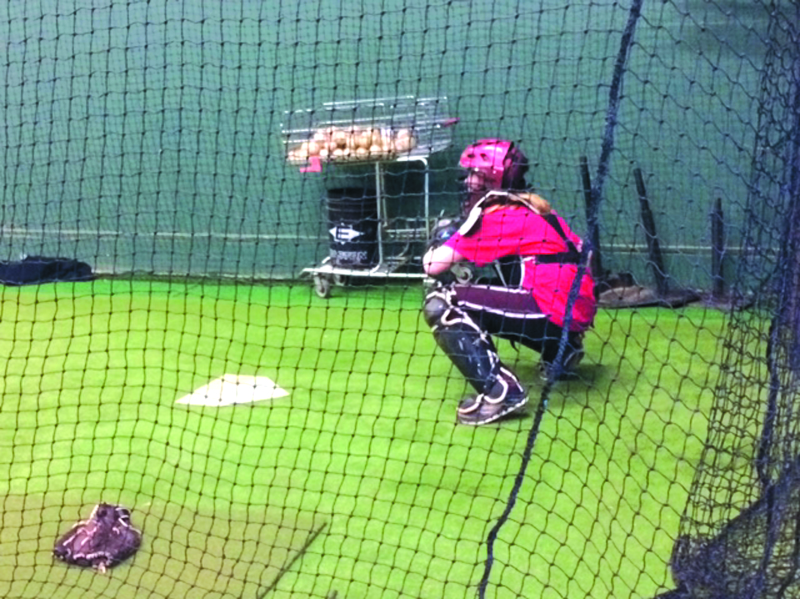 Through the double doors of the Winlock batting cage you can hear the metallic singing of a bat striking home on a regulation softball. Inside on false grass, girls are practicing, rope nets surrounding them to protect bystanders from the occasional stray ball.

The Winlock Girls' Softball Team is preparing for their upcoming season with open gym sessions at the batting cages. This year's coaching staff consists of Head Coach Chantel Nelson and Assistant Coach Jen Clemet. Chantel has been coaching for six years and has been playing softball since she was eight years old. Her goal for the season is to have, "successful attitudes, wins not at the cost of bad attitudes, and ...girls who love to play."

Thirteen girls have turned out for this year's team. "The girls are doing well," said Nelson," They're getting excited, which makes me excited."
Looking forward to this year's season is sophomore Joanna Baragan. Joanna has been playing softball for two years and is an outfielder hoping to move infield.
"My team is like a family," said Barragan, "Whatever problems we have off the field disappear as soon as we step on the field."

Coming from a family that plays a lot of other sports, Joanna said she feels like softball is "her sport" and allows her to just have fun without having to deal with the pressure.

"I think it's going to be a good season," concluded Coach Nelson.

The girls' first practice is Monday, Feb. 27, and their first game is March 13. Even after you leave the cages, you can still hear the ping of the bat and the sounding thwack! of the ball hitting the catcher's mitt, along with the laughter and voices of the girls within.