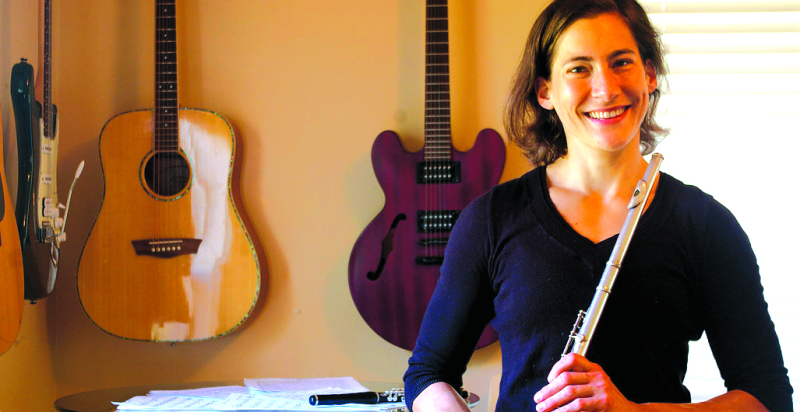 "Soaring Soloists" has highlighted local and regional talent for over a decade playing in front of the orchestra. Auditions were held in January under the aegis of a select group of local professional musicians. This year's soloists will be Lesley O'Donel on flute, cellist Jared Chung and his sister Joelle, a violinist.

Lesley O'Donel plays flute with both the PNCO and Centralia's Northwest Wind Symphony. She'll perform Reinecke's "Ballade for Flute and Orchestra." Jared Chung is a 4.0 student at W.F. West High School in Chehalis, where he's a senior. He'll play Klengel's "Concertino for Cello No. 1." Joelle Chung is a freshman at W.F. West, where she's a singles player on the Bearcats' varsity tennis team, showing further facility with strings. Joelle will play the first movement of Vieuxtemps' "Violin Concerto No. 2."

In addition to selections featuring the chosen soloists, the orchestra will play Mozart's "Eine Kleine Nachtmuzik," Gliere's "Russian Sailors Dance," Sibelius' "Finlandia" and "Variations on a Shaker Melody" by Copland.
Local baker Shirley Kimball will be joined by fellow Fords Prairie Grange members Harold and Marie Neilsen in serving free homemade refreshments in the theater lobby during intermission, which will also include the traditional basket pass where audience members can make donations to the PNCO (which has never charged admission for a concert since its 2003 debut while relying solely on donations through 13 seasons).