One local family pays it forward 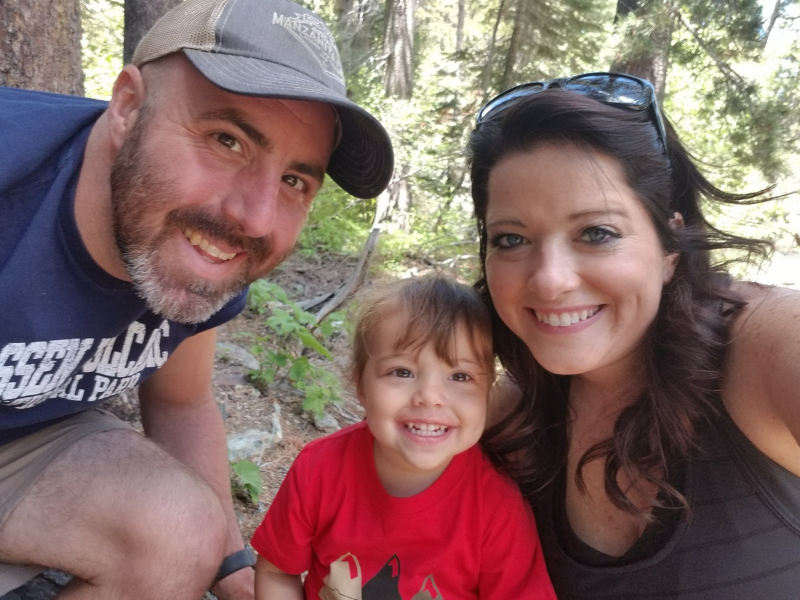 Father Chris, Lawsyn, and Mother Danielle smile for the camera.

When you walk into the home of Chris and Danielle Rovito, their 3-year-old Lawsyn will greet you at the door. She is not your typical 3 year old, she loves to engage in talk, show you around and has a very sweet way about her, the only thing is, she has Focal Segmental Glomerulosclerosis (FSGS). FSGS is the reason Chris and Danielle Rovito started LC Renal Alliance. It was with their daughter's illness that they thought of others.

Lawsyn Rovito has FSGS, which is a rare kidney disease that is a dysfunction in the kidney glomeruli (filters) where the filters become damaged or scarred (sclerosis). This causes protein (Albumin) from your blood to leak into the urine. It also causes other illnesses such as high blood sugars, high cholesterol, severe edema, muscle pains or weakness and slower growth. FSGS is the leading cause of end stage kidney failure in children.

When the Rovito's went on vacation in April 2021, they noticed Lawsyn was not herself. She was swollen around her eyes, had a hard, distended belly and was not as active or talkative. They went to urgent care and shortly thereafter decided to end their vacation early. It was after returning home, they ended up at St. Peter's Hospital in Olympia. That is when Lawsyn was diagnosed with Nephrotic Syndrome/Minimal Change Disease. They were then referred to Children's Hospital in Seattle. They made an appointment, but the day before they ended up taking Lawsyn to the emergency room of Children's Hospital where they started her on various treatments. After two months with no improvement, the doctor decided to do a biopsy on her kidneys, then two days after Lawsyn's 3rd birthday they got the biopsy back that confirmed she had FSGS.

Lawsyn is a very smart young lady, she was very welcoming in talking about her illness. When asked about her illness she stated, "My kidney goes out like this and then when I eat healthy, my kidney's go like this (signaling going in)." She is very aware she has to watch her diet, she has to watch sugars, sodium and other foods most 3 year olds don't have to worry about. Then when asked what she was cooking in her kitchen, she continued, "I am cooking meat and vegetables. I am cooking vegetables because they are healthy."

Chris is determined to make this a success and he has big goals. When asked why this non-profit is so important, there were many answers. He said, "I'm doing it because I had the owners of Roto Rooter locally that helped me while I was young. I wanted to pay the world back what was given to me." When Chris said this, you could see he really meant it. He will pay it forward.

They know they are not the only kidney foundation, but they want to be a little different. Chris continued, "I don't want parents worrying about work versus taking a child to dialysis. All the typical foundations come with questions, social workers and other emotional support but sometimes, they just need a check." The parents should not have to worry about logistics while their child is being cared for. He wants to make sure they have a hotel, rental car if needed, meals and whatever their expenses may be during this difficult time. It's a small relief during such a difficult time. The Rovito's want to help those less fortunate and that is what they are doing.

Danielle decided to make her birthday wish this year a gift of money to another foundation, she was able to raise $3000 through Facebook for her birthday. This was a very selfless act by Danielle. This was not the end of it though, then Chris, who works for UPS in Chehalis, started to speak at a few UPS locations in Western Washington. He discussed the problems, the issues for other parents, and many of the UPS employees have decided to support their cause, a gift the Rovitos are humbled to receive.

Chris said, "we aren't doing this for our child, she is taken care of. This is for the other children, whose parents need to be by their child during this difficult process. It's about making sure they are not worried about where they will stay, it's about helping others."

An employee of Mullinax Ford of Olympia heard about Lawsyn, he spoke to all the employees at Mullinax and they were able to pull together a $10,250 donation. The organization is looking to make their first donations to a couple families they have found through support groups, one family who has two children with the diseases, one of whom just had her kidneys removed and is awaiting transplant; and another who has already been transplanted and is in constant quarantine. They meant it when they said they wanted to help others. Watching Danielle tear up and seeing Chris choked up showed the passion they have for what they are doing to help children. It's never easy working to help other children, when one passes it takes a piece of you with them. It's so important though to let that child know you care enough to help them.

They have goals; they want to see more genetic testing for medication accuracy. They want to cover travel expenses and most importantly, they want to help with medication assistance as well as any emotional support for everyone - a hug, a kind word, a shoulder to cry on - a connection with someone going through the same thing. It's not just the child who goes through the illness, the entire family does. Sometimes, the other kids need to have an outing of their own. It's about giving to the entire family, not just the one, it's about supporting those that are hours and miles away. It's about paying it forward.

LC Renal Alliance is a new non-profit organization, and they are in need of donations for all kids. To donate, please go to LCRenalAlliance.org. LC Renal Alliance, P.O. Box 63, Napavine, WA 98565, info@lcranalalliance.org or call 1 (833) 527-3625. You can donate there or you can buy merchandise and help by being a walking billboard. It's about getting the word out and getting the word out for these kids!