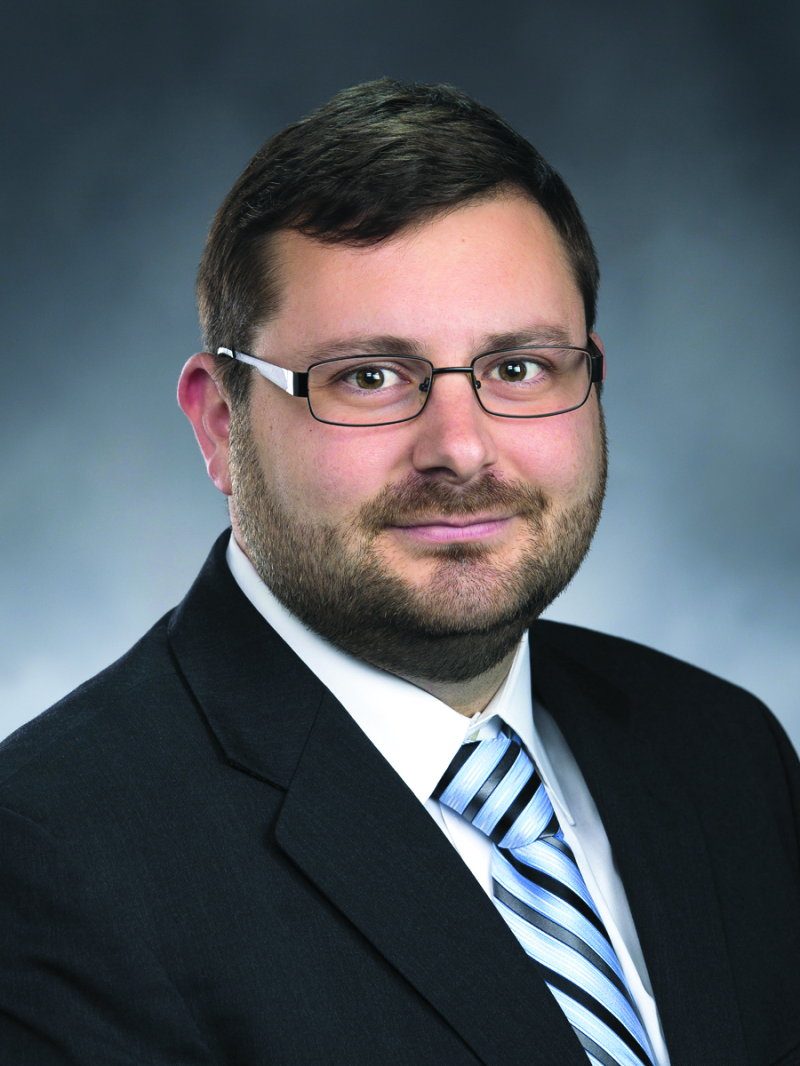 The end of summer and beginning of fall 2015 has seen some changes in the state leadership in the 19th Legislative District. This started when Senator Brian Hatfield stepped down after serving more than 20 years.

Finding a dream
Less than 10 years ago Rossetti was an underemployed college student struggling with problems that most people face, including family issues and debt. But what changed for Rossetti to set him on his path towards success?

"I think my outlook is what changed mostly," Rossetti said. "Being placed under such high stress and struggling to make ends meet. I was just having a tough time. I kind of looked around and said I can do better with my life and my family. That was when I decided to go back to school."

Before becoming a college student Rossetti was laid off from his current employer and his first son was born with medical complications. Rossetti's wife could not work after the birth so Rossetti started working two jobs. He still found things difficult.

"All of that made for a perfect storm," he said. "2008 was when that was all happening. That was 6 months before what everyone defines as the great depression."

Rossetti explained that similar situations like this were happening to many families throughout district 19.

"So I took that opportunity and I said I was going to turn this into a positive situation," he said. Rossetti then enrolled in school at Lower Columbia College in Longview. But getting into school still presented Rossetti with a challenge.

"The really interesting fact was that when I enrolled in LCC the financial aid director said that with your two jobs and wife, when she was working her job, makes it so you almost do not qualify for state assistance or any type of assistance at all," Rossetti said. "You are kind of in that threshold area. "

"So that was it," said Rossetti. "The guy. I never met him again. I guess he retired between those two to three weeks before school started. So I never got to thank him officially besides that one time."

In college Rossetti joined the debate team and became student body president. He stayed at LCC for two years and then moved on to Washington State University for the next two years.

During his senior year at WSU he entered the internship program. Hundreds of college students from across the state apply but only 49 interns are accepted for the Washington State Senate. "I was one of those 49 interns selected and they placed me under senator Hatfield's Office, " stated Rossetti. "So I worked for

Senator Hatfield for the last quarter of my senior year." Rossetti gained first-hand experience with the legislative process during this time.

"I just kind of fell in love with the whole process and how it worked with all the different pieces," he explained. "The most impactful piece of the whole thing was the constituents that we touched everyday. Multiple constituents everyday. And those were just people like me that were struggling through it who were asking for a little bit of help."

"And that was just so impactful to me," he said. That is what got me into the legislative process."

Transportation means road work
Driving through the district during the succession of storms that hit during the week of December 7 to 12 gave Rossetti first-hand experience with some of the problems on the local road ways.

"I think that by seeing the flooding and seeing the areas typically impacted by this year's flooding will help identify future projects and future needs," said Rossetti. Work is already in progress in the legislature to replace culverts around the area to make them more fish friendly and funnel off excess water better, explained Rossetti.

"Pluvius bridge is my pet transportation project," Rossetti stated. This is the bridge on Highway 6 that carries the road over the Willapa Hills Rails to Trails. In this stretch of road between Raymond and Chehalis the recommended speed is only 20 mph due to the sharp curves.
Working with Representative Brian Blake, Rossetti has brought this bridge to the attention of the Department of Transportation. They have the WSDOT and the Parks Department looking for ways to reconfigure the road in that location. The idea that Rossetti explained is to take out the curves that cause the traffic to slow down and eliminate the safety issues without impacting the Willapa Trail.

Rossetti stated that there was money for this project already in the budget for the Rails to Trails part of the bridge, but some of the issues include using "the existing rail capacity, keeping that intact, while also creating a bridge. There is a little more engineering that goes into that."

During the landslide that blocked Highway 6 in the fall of 2007 many residents used the Willapa Trail as an emergency route out of the area for over 2 months. Rossetti feels that many areas in district 19 need these types of alternative routes.

"Saving some of these access points throughout the district is important," he said. "In Woodland, that's not our district, but when the freeway shut down. There was no alternative way to get around. That is what we are seeing from all that flooding is the access and alternative route are important."
Rossetti is dedicating himself to this transportation project and declares that he will support the next transportation budget only if the Pluvius bridge is included.

Next week the interview with Rossetti covers the topics of Economic Development and Education.