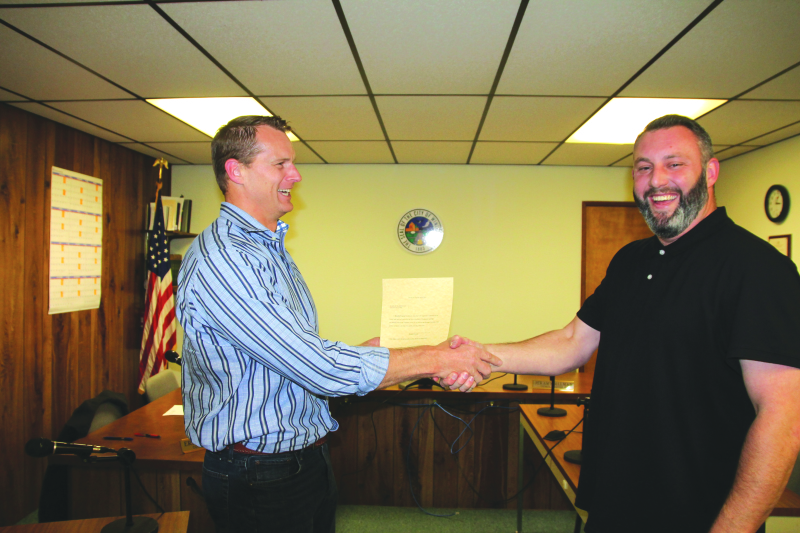 Svenson, a graduate of Onalaska High School, moved to Winlock in 2007. He left Winlock for 3 years to live in Las Vegas, then came back to where his family is located. Svenson is the owner of the building located on the corner of Walnut and S.E.First street, known as the old "Ford Garage." Purchasing the building over a year ago, Svenson has painted the exterior and cleaned up the interior, bringing a much needed change to the downtown core. He has partial space leased out to Winlock Tire and Auto. Svenson is married to Melissa and they have two boys Jaymz and Carter.

Svenson is ready to be your new mayor, he stated, "I'm eager to usher in a positive attitude and direction within city hall, one in which works more closely and cooperatively with the community. It is time to move past the things that have bogged this community down for years. With a fresh perspective and attitude, the Winlock City government, schools and residents can create a positive flourishing community the likes we've never seen. The time is now, let's get after it Winlock!"

The other change of the evening was the firm who will represent the City of Winlock. Buzzard and O'Rourke are the new city attorney's. Jim Buzzard will serve as the City attorney while Winlock High School graduate Dana Williams will serve as the Winlock City Prosecutor. Buzzard is a well known municipal attorney, he currently works for many of our neighboring cities, including Toledo and Napavine.

Buzzard, a graduate of Centralia High School, attended Seattle University Law School and the University of Washington where he earned his Juris Doctorate in Law in less than 3 years.

Buzzard is a great attorney, he will work hard for citizens of Winlock. He stated, "I enjoy the work of being City Attorney. I'm looking forward to serving the City of Winlock and the community."

Buzzard continued, '"Right now, the City has a Mayor and Council that are on the same page in wanting to make positive advancements for the community, which include identifying efficiencies and taking advantage of current and future opportunities. I'm excited to be a part of it." Buzzard has hit the ground running, he has already been at City Hall twice in one week to meet with Mayor Svenson.

It was quite the picture to see these two young men come together for the betterment of the community. Winlock is poised to win in the future with these two men at the helm.