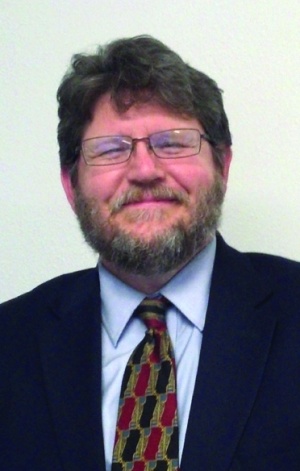 Could you provide us some background about yourself?

I am originally from Memphis, Tennessee and held a similar position in Michigan. I hold a Masters in Economic Development from Southern Mississippi University, and have served in the industry for 20 years. I have dealt with Chambers of Commerce, and Community Development Foundations, Economic Development Districts…Primarily in the South East United States.

Could you describe your duties as Director of Pacific County Economic Development Council?

I am the Director of the Pacific County Economic Development Council, recently succeeded Cathy Russ who served with the EDC for 12 years. EDC is primary composed of individual businesses who have joined together for the purposes of trying to help grow the economy. We also have a public sector component from the cities and the county who also contribute. Together the business side and the public side, we work to increase investment in Pacific County which is with the overall goal of expanding wealth.

What is the size of your Board of Directors? And how are they geographically positioned?

We have a 26 member board of directors. That’s about typical. In comparison like in Grays Harbor they have a three person port board. But based on what the EDC is and does, it is a typical number being public and board.

The board has representatives from cities, ports, individual businesses, restaurants and Andi Day, who is my counterpart in Long Beach. We sit on each others boards so we have some crossover so we are not operating completely in the dark. We have some idea of what each other do, so we are as coordinated as best as we can.

The division of north and south Pacific County looks to me to just be a natural situation…I see it more like a math problem….or like a kids early puzzle; The North and South are similar geographically, with the East being farming and timber. The pieces of the Pacific County EDC puzzle…Timber and farming as one piece, which is very large. The bay as a piece; our most prominant physical feature. The Peninsula and the communities there..and then the Tokeland, Raymond, South Bend communities.

I meet with the board as two separate boards during the month a north board and a south board, and every other month we meet as a full board.

As you have come into a functional position, have you made any changes at this point?

Not at this point, I am only a month and a half in…I am still taking in all the information. It’s a little early to do anything….I have been asked what I see for the future but it is still to early to really make any predictions

I have been here just long enough to see some things that we need to work on, but still very much in the information gathering stage.

There are things that we as a community, that we want to keep working on. I have only had one meeting with the board members and still learning a lot about the members. I really haven’t had time to make any decisions on any thing if things are going to change at this time.

What are the three most significant accomplishments of the EDC in the past three years?

Innovation Partnership Zones – we were awarded in the IPZ’s at the end of 2013. It centers around the port of Willapa Harbor…one of the things is figuring out what to do with wood waste – we see this as one of the opportunities of the IPZ. The Biomass, what do we do with it?

Natural resource industrial base – primarily related to the water but also in timber – those industries that are keeping their market share is really significant.

The over all health of the EDC organization is good. Additionally it is good that we are presented from both sides from business and public.

We are very happy to be part of the PAC 5 Energy prorgam. Which was started out of Thurston County – to help home owners and business owners to make better efficiency with their energy.

What are the three top priorities of the EDC moving forward?

There is a strategic plan that we are already pursuing…it is something that was developed before the end of last year. It is a valid plan and something that we are going to pursue. And I will need time to get with the businesses individually to get their additional planning.

No radical change. I also want to make sure that the EDC remains congruent with things that we are doing well and bridging through them.

How much time is devoted to north county; to south county?

I usually get to the southern part of the county once or twice a week, but it really depends on what is going on, meetings to attend, the schedule of the EDC. Last week I was actually on the south end of the county three times.

There is hardly ever any new businesses in Willapa Harbor, why not?

There is a little bit of a difference between the southern end of the county with their tourism and up here, so we see a little bit more down there then we see up here. But is a great opportunity for us to focus on the north end, to increase the attractiveness of the area to bring in the business.

What can the EDC do to establish a more positive reason why businesses should come here?

When you bring in new investment, we are interested in investments that also create jobs…so we really have to look at those things that are available or interested in moving in. So if we bring in an investment that creates jobs, then we should see an increase in the commercial revenues. The people have jobs, they will purchase gasoline here, shop at the stores…it is a big circle that helps each other grow.

And that is exactly what the EDC is about, bringing in investment that gives the whole community an opportunity to grow.

Should the EDC's main focus be to recruit new businesses and shouldn't it try to get at least one major business to come to Willapa Harbor per year?

We would be happy with one, but we would love to have more…

A big complaint about the EDC is that is really doesn't accomplish anything for Willapa Harbor, and really serves no purpose. Tell me why and what purpose it serves, if it's not bringing in any new businesses.

Unfortunately, there is a perception, and what a lot of the public does not see is all the planning groundwork, and research it takes to bring in a business. And it really depends on the business. If they use a ready built facility, it might open in a few months, if a new structure, it may take as long as a year.

The last question is an open invitation for you to address the public…what is it that you have not mentioned that you would like to say?

I am gathering information and see that as one of the most important things for me to do right now, so when it is time to do “things” we are not going into it blindly. I am looking at all the issues and working them through, making proprieties. You do not want to put in new carpet if you have a leaky roof. The EDC has a long history, and it can be frustrating. We have closed the application process for the new administrative position and are moving into the interview process. And we hope to have the website updated shortly. We are about job creation here at he EDC.

I am still getting use to the Harbor and its weather, I love the area and am really excited to get a full year under my belt to see all that the area has to offer.

Editor's Note: The EDC has recently moved into their new location at 211 Commercial Street but was able to retain their existing phone numbers.