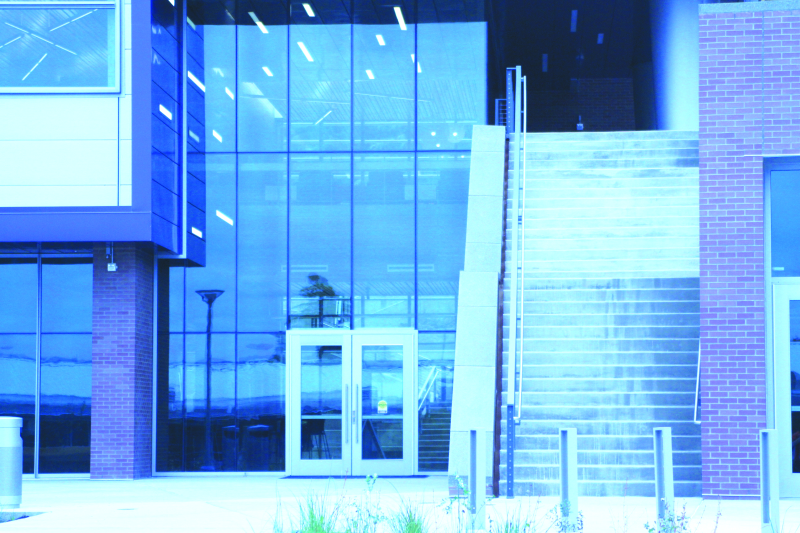 The new Schermer building will be open for the Fall quarter on the Grays Harbor Campus.

The Grays Harbor College has just moved in to utilize their new Schermer building for the Fall quarter. The building was built in honor of the former chemistry teacher and administrator Gene Schermer. The building is fully functional, and the construction crews are just putting the finishing touches in. The building features environmentally friendly functions, open dividable classrooms and commons as well as a nursing lab on the second floor.

Goldberg labels the building as an "instructional" building, and lists the arts classes and math classes as well as science labs for the first floor of the Schermer building, housed in the classrooms that are scattered throughout the building, separated by the commons in the middle of the building. The second floor is the nursing department, consisting of nursing labs, which are basically mock hospital rooms.

The Schermer building was paid for out of the State Capital Projects Budget, and cost $45 million, and the project was officially launched when the ground was broken in July of 2013 to demolish the old 400 building.

The building has several features to reduce it's carbon footprint, and cut down on costs of utilities as well. Firstly, the toilets are flushed with rainwater collected by a cistern that sits atop the building. The building's thermostat is fueled by a geothermal system that runs 11 miles of tubing underground, and works as a sort of way to run cold air in the winter through the system so that it is heated and the warm air in the summer through the system so that it is cooled. The building also features lights with occupancy sensors, so that when a room is not in use it turns the lights off. The Schermer building is also constructed out of materials taken from the old 400 building as well.