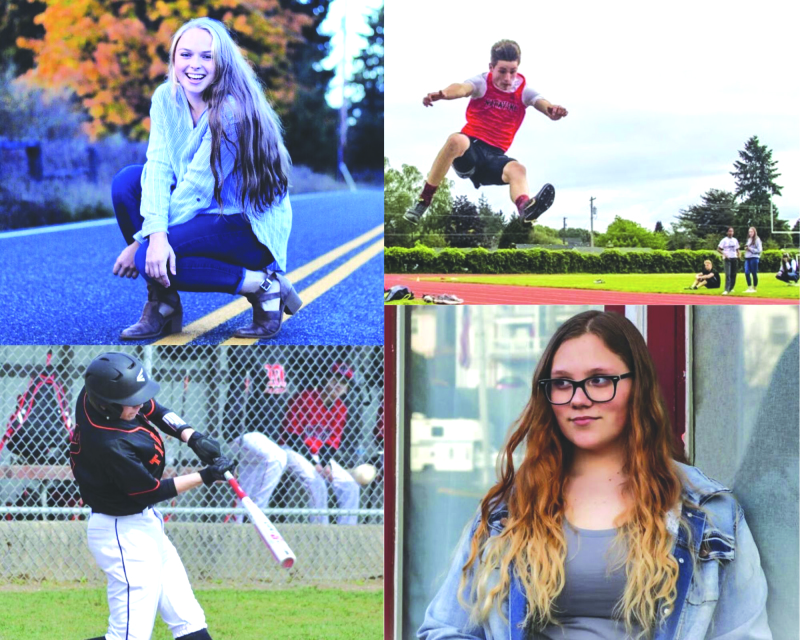 Many seniors this year didn't get their full last season of their high school spring sport. The Napavine ASB has set up a page on its website to accommodate for this and recognize seniors who played spring sports this year.

Among them are track athletes Sydney Burdick, Chloe Stewart, Yoselyn Sandoval-Amador, Draven Riddle, Trinity Underhill, and Garrett Bradshaw. Sydney Burdick has been in track for 7 years. She suffered from a knee injury in the fall during soccer season, she recovered from it and was cleared to participate this season
Chloe Stewart has been in track for 5 years. Last season, she competed in four events at state. Yoselyn Sandoval-Amador says her favorite memory was going to state in 2018, she treasures the memories made there with her fellow athletes. Similarly, Draven Riddle's favorite memory was also at state in 2018, when he was the Triple Jump State Champion and got to stand on top of the podium. Trinity Underhill has been in track for 4 years and her favorite memory was placing in the top 8 at state last year

Other spring sports seniors include baseball and fastpitch players, Blake Shea, Sarah Inglis, Nicole Neumann, and Landon Dahl. Blake Shea played 4 years of baseball, and his favorite part of playing was learning and playing beside all the great athletes on the team before him. Landon Dahl also played 4 seasons of baseball. Sarah Inglis and Nicole Neumann have both played four seasons of fastpitch. Sarah's favorite memories were going to state her freshman and sophomore year. She also thought that Josh Fay was doing a great job as the team's new coach, and as someone who was also on the team, I would have to agree.

While these seniors didn't get their final season, it's important that we recognize their efforts and time spent on these high school sports. I'm really happy that the ASB team realized this and made a page in tribute to these athletes. If you want to read more about them, please check out asb.napavineschools.org.