Boone and the other nine contestants were judged on beachwear (far from traditional), talent (less than high quality) and personality/interviews, much like traditional pageants. The esteemed panel of judges including a principal, two THS teachers, The Cheese Days Queen and Miss Lewis County.

"The award was created as a spoof on pageants/beauty competitions," said Boone, who was crowned by Miss Lewis County Jordyn Hall during the awards ceremony.

Mack Gaul was judged as the first runner-up in the contest but was not disappointed.

"To be the runner up, I didn't mind," he said. "As long as I got some people to laugh, then I feel good about my performance. I never entered to win."

This was the third such semi-annual Pageant organized by Toledo High School’s drama class. 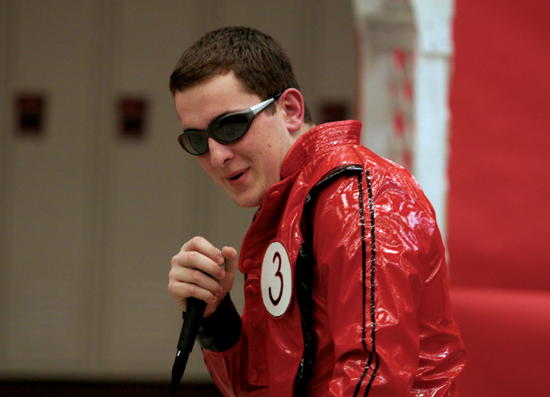 A rap performance by Nick Smith spoofing the Vanilla Ice song "Ice, Ice Baby” was one of the highlights of the evening. 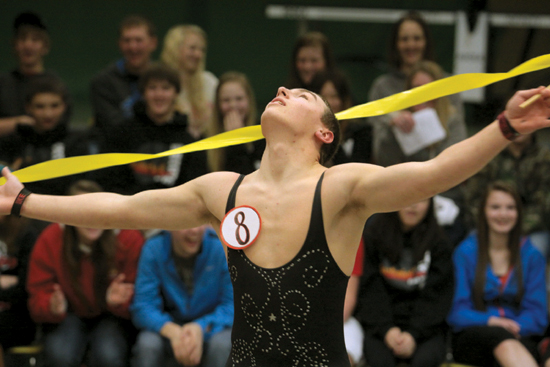 Student Mack Gaul performs an interpretative dance in what was considered one of the high points of the evening, earning Gaul second place in the Mr. “T” competition at Toledo High School Wednesday night. 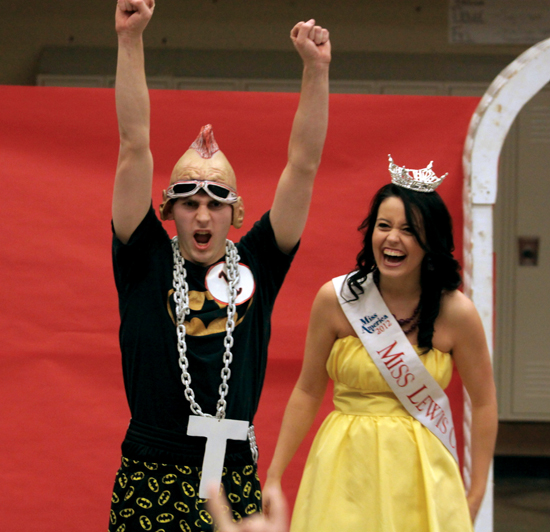 Jordyn Hall (right), Miss Lewis County 2012, presented the "T" and ceremonial headwear to newly elected Mr. "T" Colby Boone (left). Boone is the third student to bear the title and will be graduating as a senior this year.