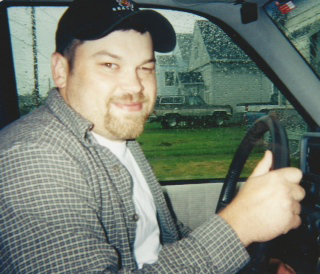 Mike was raised in Aberdeen and graduated from Weatherwax High School in 1989. On August 7, 1998 Mike married Robyn McFarlane in South Bend. They later divorced.

His parents, Ron and Linda Edinger of Aberdeen, and two daughters, Jennifer and Paige Johnson, survive Mike. His son, Joshua, and grandparents Boyd and Myra Johnson preceded him in death.

He was very involved with salmon recovery and worked as the manager for the Grays Harbor and Pacific Conservation Districts. He served on and was actively involved in the AgForestry Class 35 since October; Washington Coast Marine Advisory Council since 2011; Pacific Coast Marine Resources Committee Coordinator since 2006; Washington Coast Sustainable Salmon Partnership (vice chairman /planning) since 2006 and also the Willapa Bay WRIA #24 head entity coordinator since 2001. He was a member of the Raymond Elks Lodge #1292. Mike loved being outdoors fishing and hunting and enjoyed baseball, basketball and spending time with his family. He lived life to its fullest and once while riding horses, fell off the horse but his prosthetic leg stayed in the stirrup as the horse trotted away. His favorites quotes were, Live, love, laugh. It is what it is. It’s not the size of the dog in the fight; it’s the size of the fight in the dog. Never, ever give up. Don’t mistake kindness for weakness. There is a greater purpose in life than just me.