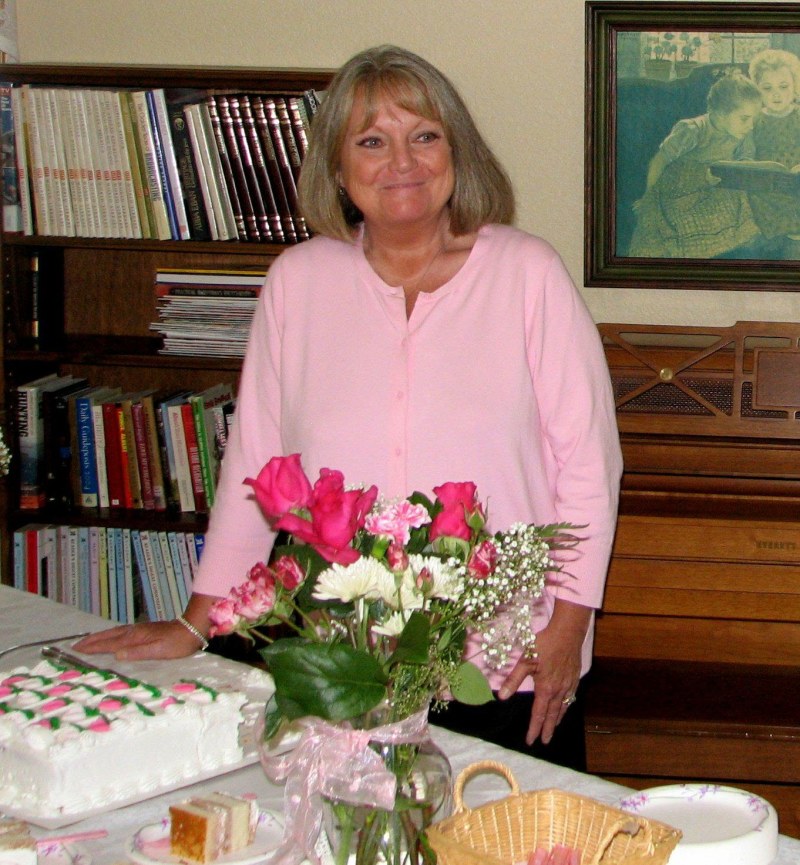 Her daughter, Heather Wheeler of Shoreline, Washington, said it best, "every child she took care of became her family and her family was her whole life. She loved easily, genuinely and with her whole heart." Nick, Evie and Jim's son, wrote a wonderful piece about his mom on Facebook. It truly showed the love he had for his mom.

Evie and Jim's love story started in high school while he was a senior and she was a sophomore. Jim went into the Navy and when he came back, Evie invited him to a high school football game and the rest is history. They celebrated 45 years in January of this year. Jim said, "a perfect marriage is just two imperfect people who refuse to give up on each other." And they never did.

Evie also cared for and loved me as a child. I can remember looking at her as a little girl and telling her several times, "you are beautiful." She would always smile and say "thank you." She was as beautiful on the inside as she was on the outside.

Evie didn't want the big career. She wanted to be a mother and wife. It wasn't always popular to be a mother and wife but she took on the role with gusto, raising her kids in the same town she grew up in herself. She loved Winlock and those who knew her understood this was her town and she helped the town in her way. Over 400 kids today can say they had the experience of this beautiful woman watching over them.

She never left Winlock. She stayed here to help her mother, Grandma Sanny (Frances Wickert), who still resides in Winlock. Her sister, Jan Ambiel, moved to Astoria and her brother Charlie lives in Onalaska. Winlock was her home and Winlock was blessed to have such a great mom in town who cared about the kids.

She will be missed by many...

A Celebration of Life will be scheduled at a later date.