Medic One celebrates long career and retirement of founding member 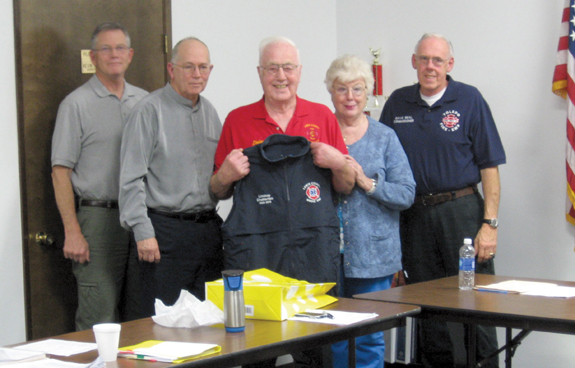 The Lewis County Medic One Interlocal Board took time out of its Dec. 17 meeting to honor the career of retiring firefighter Lindsay Chatterton, who has served for 52 years in local fire districts.

A founding member of Medic One back in the early 1990s, Chatterton has served with Lewis County Dire District 15, based in Winlock, since 1989, and had previously been part of the Kelso Fire Department since 1961.

A current commissioner with District 15, Chatterton had been among local EMS leadership when it was determined back 20 years ago an interlocal ambulance service should be formed in South Lewis County.

During the board meeting, Chatterton was lauded as a man whose age belies his abilities, especially as a firefighter and EMT.

"At his age, now, he can still run circles around most of our firemen," said District 15 Commissioner and Interlocal Board Member Randy Pennington. "He can certainly run me into the ground, and I don’t have any shame saying that."

"That’s nearly 90 years of fire experience between these two gentlemen, and they will be sorely missed by us," he said.