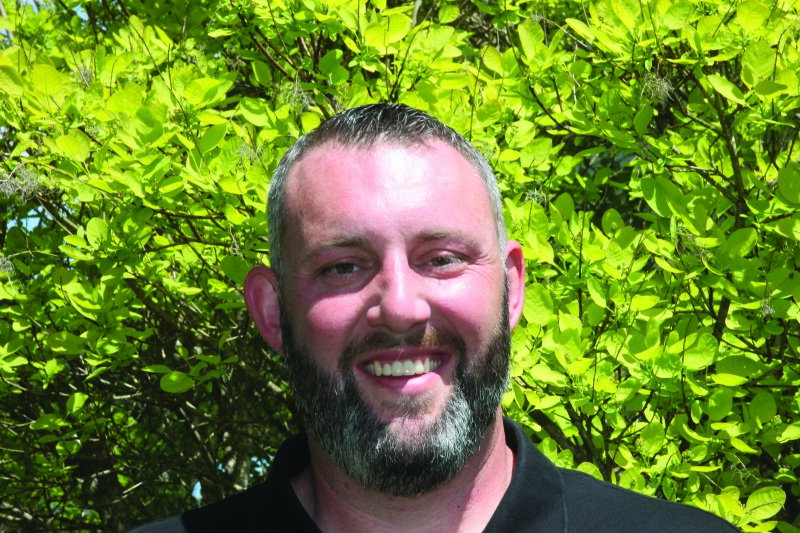 Last year Bradon Svenson took over as Mayor of Winlock with promises of making positive changes for the city. Within his first year, he has accomplished a great deal that is a step towards making Winlock into a city that people want to live in.

When Svenson first became mayor, the city attorneys resigned before the new council could even vote to get rid of them. During the attorney's tenure with Winlock, the city was involved in several lawsuits that were brought on by poor advice to the city staff. Buzzard and O'Rourke were hired to take the old attorneys' place. They have given reliable legal advice and pulled Winlock out of difficult situations.

The city replaced the community development person as well. The last person did not have the experience to deal with the incoming of new businesses, which caused difficulties attracting new growth for the city. Robert Webster took over as the community development director. He is using his experience in the construction industry and Mayor Svenson's help to bring new businesses into the area.

"Mayor Svenson is truly a person who cares about the citizens of Winlock," said Webster. He also stated that the builders within the city were going to quit building last year before Mayor Svenson started his term, but since the mayor is on board with growing Winlock the building will continue.

Another positive change that Mayor Svenson brought to Winlock was the new City Treasurer Michelle Whitten. She has gone through the finances and fixed several bookkeeping issues by bringing the books up to date. She has done an excellent job.

Under the mayor's guidance, the grant to repave SE First Street was revived. The repaving project took place last year while people were home for the COVID lockdown. He has also been collaborating with Benaroya on the industrial park project. He is currently in the process of speaking with more large developers in order to expand the project.

The staff in the Winlock City Hall has changed as well. Penny Jo Haney is now the city clerk and has kept up with the duties required of the position. Stormy Bradley also works in the office. Between the two, people are met with smiles and positive attitudes as they help anyone who enters city hall.

"What I would say about Brandon is I think he is doing a great job as mayor," said City of Winlock Superintendent Rodney Cecil. "He is always available for issues with the water and sewer department and is very approachable. I think he is an asset to Winlock. The council meetings run super smooth and we seem to be getting a lot of things done that are for the betterment of Winlock."

"Mayor Svenson's dedication to the well-being of Winlock is an example to public servants everywhere," said Lewis County Commissioner Lindsey Pollock. "Our town's growth in the next few years, with his guidance, should bring a new era of prosperity to Winlock."

"In the last year Mayor Svenson, with a new council, has taken many challenges head-on to turn our wonderful little town around," Mayor Pro Tem Jeremy Allman said. "Things have really started to blossom in Winlock, with lots of new things on the horizon. All of which would not have happened without Mayor Svenson. He pulled our town out of the darkness and led with his best foot first. Mayor Svenson cares deeply for Winlock. If something is wrong in town he is there. He showed this by helping with the snow removal. Mayor Svenson has also taken on the role of President of the Republican party for Lewis county where he is leading with fresh new ideas."

Council Member Marty Poirrier, who was appointed to the city council, said, "Brandon works tirelessly for the people of Winlock. Through his leadership as Mayor, our City has become more efficient, effective, and predictable. It has been a pleasure to serve the people of Winlock alongside him. I hope the people will give us the opportunity to continue to serve in the years to come."

Mayor Svenson brought skills as a diplomat with him when he took charge. He started talks with Toledo through Mayor Dobosh. For a few years, the relationship between the two cities was hostile to the point of lawsuits occurring. By opening up talks with the Mayor of Toledo, the two cities are on friendlier terms.

One statistic, real estate, shows just what Mayor Svenson has accomplished. In 2020, 102 homes were sold in Winlock and 46 of them were newly built. Over 70 building permits were issued last year. This year there are currently plans on the community development desk for 136 homes and it is only April.

"I am truly honored and blessed to serve the great citizens of Winlock as Mayor," said Mayor Svenson. "We have a terrific community here that has made all the time and effort I've put in worth every grey hair! I could not be more pleased with how the City Council, City staff, and volunteers have worked together this past year to make countless positive changes in Winlock that everyone can be proud of."

Under the leadership of Mayor Svenson, Winlock is on the path to growth and prosperity. It makes people excited to see what he will bring to the city in his second year.