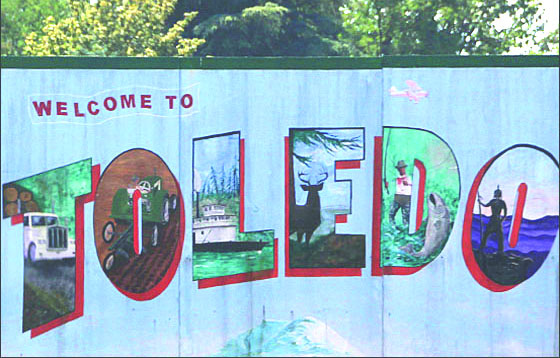 The reason for the veto is due to Mayor Dobosh not feeling comfortable with the current costs of the entire police budget. There seems to be a lot of confusion as to the costs and amount of coverage by Winlock, including response times. Toledo City Council wants their own chief, so they have a position for a new chief, but the costs and coverage are what concerns Mayor Dobosh.

The new chief will make a salary per month of $8292, while the previous chief was making $5370. Winlock will cost the City of Toledo approximately $9268 average per month for 80 hours of on call per week. Then it is important to understand there will be separate costs for dispatch, jail, cars, uniforms, evidence, clerks, gas, insurance, etc. This cost is usually around $8400 a month, per the current budget. This total amount is $25,960 per month, which does not include the remaining 38 hours per week where there is no coverage or overtime by Winlock. This totals to $311,520 per year exceeding the budget by at least $23,000 per year. The City Council has not provided a budget amendment as to how they will cover the extra $23,000 or have the funds to hire an additional officer for the 38 hours of coverage missing.

A proposal was given to the City of Toledo by the City of Napavine, where they would have six rotating officers to Winlock's two rotating officers. Napavine would always have one officer rotating in Toledo, in a Toledo and Napavine Police Department vehicle. The Napavine contract allowed for more time for an officer to be in Toledo, preventing crime. The issue came to money, Napavine offered these services for $17,000 for 24 hours of coverage 7 days a week.
First, the City of Winlock has offered temporary services for $1960 a week for 80 hours of being on call. They will not be sitting in Toledo as Winlock and Toledo

are now their area of coverage. It was discussed at the Toledo City Council meeting that the police came quickly to a recent report, but in reality it took a few hours at which time the criminal was gone. The Winlock Police Department actually made an appointment to meet with the caller. Winlock had approximately 80 calls last month, even though it may not seem like many, reports and investigation is time they have to spend working on Winlock files.

The question comes down to, who will offer the best police services for the money and will the citizens feel safe in both communities. This is the first time that Winlock has offered police services to Toledo. While Lonnie Dowell was Mayor of Winlock, Winlock hired Toledo Police Department at which time they had several officers and reserve staff to accommodate the crime in Winlock. Winlock does not have a reserve department, Winlock has two officers working 80 hours per week. If Winlock must come over after the 80 hours, the price to Toledo increases with a minimum charge and overtime.

Mayor Dobosh stated, "I do not see how we can sustain this at the current level. With crime increasing in every city in our area, I want our citizens to feel safe while we stay within our approved budget. I have not been given a budget amendment to see how the council will pay for the difference. If we were to contract with Napavine, we could stay within our budget and have 24/7 police coverage in our city."

If Winlock is losing coverage and so is Toledo, will south county remain a safe place to live? Only time will tell.