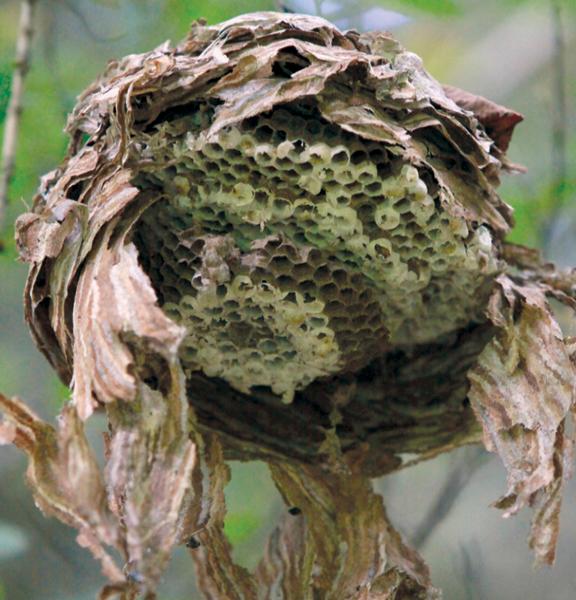 Good or bad for our world, bees can be a pain. Sometimes, quite literally.

This summer, like the end of most summers, find our favorite short-tempered insects ready to sting at the slightest bit of agitation.

Local schools have had a particularly difficult time with bees, with playground stings a common occurrence this month.

The most common offender of personal space is the yellow jacket (Paravespula pensylvanica), which is a wasp. Their feeding habits differ from bees. Most wasps prey on insects, including caterpillars, flies, crickets, and other pests. Although yellow jackets feed on some insects, they readily forage on human food and garbage. Their belligerent habits can make them a severe annoyance, especially at picnics and campgrounds.

Yellow jackets have an annual rhythm. Shortly before the reproductive bees leave the hive, the last of the larvae depart and there is no longer any sugar produced to feed the adults. After the children leave, the hive social structure breaks down, and workers face certain starvation. This is one of the reasons yellow jackets are such aggressive pests during the late summer. Additionally, summer is the driest time of the year and the wasps are often in search of water.

Yellow jackets also have look-a-likes, that include paper wasps. These are the bees that build small hives under the eaves of houses, decks and barns. They appear to be scary, but these insects are less than agile and often lumber from place to place. Largely, a sting from these wasps is rare. Paper wasps do not scavenge and are rarely aggressive. However, their habit of nesting anywhere, and often in frequently used areas, creates problems. Older homes can find paper wasps nesting in the cracks and hollows of the walls themselves and human residents often find the creatures sharing indoor spaces as spring temperatures warm.

But bald hornets are the most powerful and feared wasp. In general, they mind their own business feeding on insects, but when a nest is disturbed, the colony is a freighting thought. Bald hornets construct paper nests from chewed wood fiber mixed with saliva. They are usually on the edge of an open area in bushes and trees from a couple of feet to 40 feet high. When the nest is disturbed, the first bees out do not usually sting, they mark the trespasser with a scent chemical which then alerts dozens of other bees to their exact location. Both bald hornets and yellow jackets have this ability so an instinct to get as far away from the nest as possible is quite prudent.

Another less common wasp that have been known to sting in defense of their nesting location is the sand wasp. It is black like a bald hornet (often mistaken for one) but has white stripes on its rear and the physique of a yellow jacket. They live in the ground either individually or in small colonies, but are very aggressive in protecting their nesting site.

In the best world, we should have a love-hate relationship with wasps. They do good things for us by eliminating other pests, but clearly our worlds clash at times, especially in the late summer when the wasp population is at its annual zenith and the social structure of their civilization is breaking down. If a colony must be eliminated, there are many products on the market to assist, but some situations are challenging enough to require a professional.