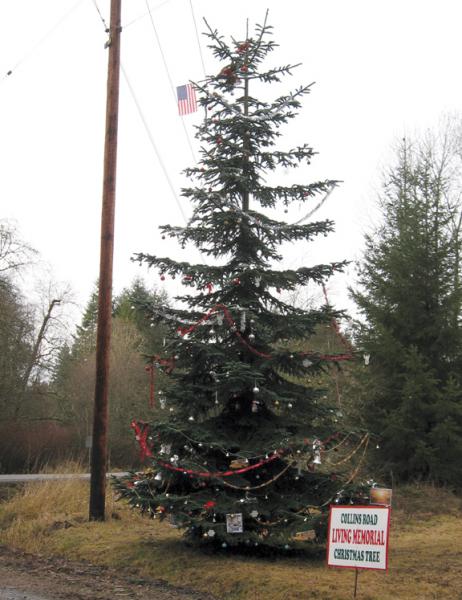 The Memorial Tree, located at the intersection of Collins Rd. and SR 505 near Toledo, has been decorated for a second year as a memorial for lost loved ones.

For the second year since last December, area residents are placing pictures and mementos at the Memorial Tree on Collins Rd., just outside Toledo.

Started by resident Sue Hill to remember her recently-passed uncle, whom Hill said frequently stated the stately tree at the intersection of Collins Rd. and SR 505 ought to be decorated for Christmas, the memorial coincided with the massacre at Sandy Hook Elementary School, which took place one year ago Saturday.

Hill said bus drivers with the Toledo School District approached her and asked if they could also memorialize the children who were killed, and Hill said she was glad to include their memory in the photos on the.

"It’s a Memorial Tree for remembering anybody that was missing," said Hill, stating the chance to place pictures and other significant items is open to anyone.

The current tree is expected to remain up until the middle of January, and said memorials placed at the site can either be held in her care until next year or returned to the owners. 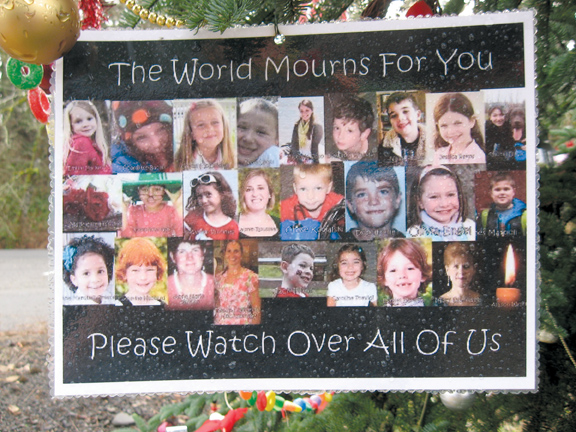 Photos of the 20 children killed during the Sandy Hook massacre Dec. 14 of last year, memorialized on the tree by bus drivers with the Toledo School District.