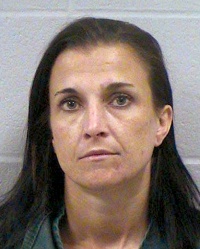 This week’s suspect is Tamar S. “Tay” Adamson, 37, of Winlock, who is wanted by Lewis County District Court on a $1,600 warrant after failing to appear for a charge of theft, third-degree, related to an arrest Oct. 2 for the theft of scrap metal from an old farmhouse on the 200 block of N. Military Rd., in Winlock. Her last known address is on the 1500 block of Ferrier Rd.

If you have information regarding the whereabouts of Adamson, contact the Lewis County Sheriff’s Office at (360) 748-9286 or, to leave an anonymous tip for a possible cash reward, call Lewis County Crime Stoppers at 1-800-748-6422.