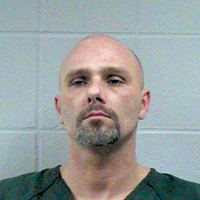 This week’s suspect is Charles R. Reece, 37, of Castle Rock, who is wanted for questioning in Cowlitz and Lewis Counties regarding fraud and ID theft. He is also wanted on a $1,600 warrant after failing to appear in Lewis County District Court for driving while license suspended, third degree. His last known address is on the 400 block of Suthard Rd. and he is believed to be driving a while panel van.

If you have information regarding the whereabouts of Reece, contact the Lewis County Sheriff’s Office at (360) 748-9286 or, to leave an anonymous tip for a possible cash reward, call Lewis County Crime Stoppers at 1-800-748-6422.