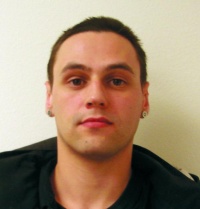 A Level III sex offender has moved into the Vader area and residents are being notified due to a possible risk to the community.

Timothy J. Lesch, a 29-year-old formerly of Thurston County, has moved to the 400 block of Main St., in Vader, and is not wanted by law enforcement at this time but is believed to possess a high likelihood to re-offend due to the nature of his previous convictions.

In 2000, at the age of 16, Lesch pleaded guilty to one count of first-degree child molestation and two counts of first-degree child rape involving an ongoing sexual relationship with a female relative, who had been 6 years old when the abuse began. He was also convicted in 2003 on three counts luring after he had attempted to draw two 10-year-old females and one 13-year-old female into his car, with reports noting he was not known to any of the victims.

He has since failed to register as a sex offender at least one in 2007 and has not completed sex offender treatments. Due to these factors, it is believed Lesch poses a risk to the community.

Timothy Lesch is described as a 6’1", 200 lbs white male with brown hair and brown eyes. He is not wanted by law enforcement at this time, but his classification as a Level III sex offender requires public notice.

Anyone who uses this information to intimidate, threaten or harass Lesch will be prosecuted by Lewis County.