International filmmakers lining up for film festival in Toledo

The title screen of The Handsome Shadows, a short drama submitted to the Plomondon Independent Film Festival by Mark Cogan, a resident of Cork, Ireland.

After ten years of celebrating local filmmakers, the Plomondon Independent Film Festival has crossed international borders and is expecting to show a number of foreign entries during the festival next month.

Mike Morgan, of the Morgan Arts Centre, in Toledo, says the festival has so far received entries from Austria, Japan, Ireland and France, and is expecting at least one more from South Korea before the submission deadline of Feb. 15.

Entries range from dark dramas, like The Handsome Shadows, submitted by Mark Cogan, of Ireland, to documentaries, such as an extreme sports video submitted by Matze Reif, of Austria.

Morgan said Reif, as well as Ken Shimizu, of Japan, had been encountered on his recent travels to such countries with wife Di Morgan, stating an invitation to join the film festival had been extended after is was discovered their new friends had videos ready to go.

Cogan, as well as Mahi Bena, of France, had simply found the festival online, said Morgan, and had their own interest piqued when looking at the activities taking place at the Arts Centre.

While international interest has been generated this year, a number of local filmmakers are expected to return, such as Toledo native Andy Lahman. The Morgans said they originally began the festival in 2004 for Lahman, a former student of theirs at Toledo High School, after he graduated and began to pursue a career in film.

Mike Morgan said Lahman had discussed submitting a television pilot created with friend Ryan Stiles, but remains among the local filmmakers Morgan says he is waiting to hear back from.

Hopeful filmmakers have until Feb. 3 to register for the festival, and until Feb. 15 to deliver their DVDs. To download an entry form, visit www.morganartscentre.org.

The festival itself will be taking place Feb. 21 and 22 at the Morgan Arts Centre (190 Plomondon Rd., Toledo) and the price of tickets will be $2 for adults, $1 for children, students and seniors.

Mike Morgan added part of the uniqueness of the festival is audience members are allowed to participate and vote on entries, ranking them in different categories as well as writing criticisms as detailed or brief as they’d like. The winners in each category will receive a PIFFY, or, this year, a PIFFI (Plomondon Independent Film Festival International) to signify their accomplishments. 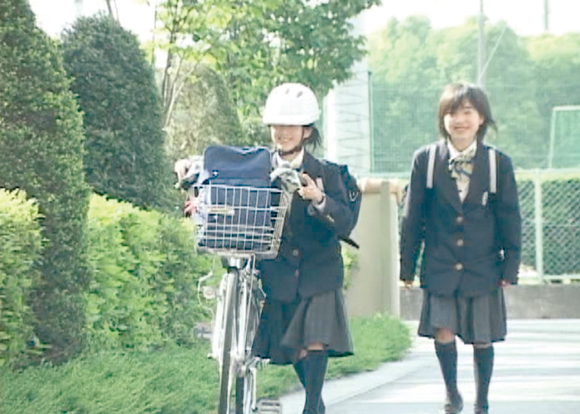 A pair of students from Seirei Christopher High School, in Hamamatsu, Japan, travel to class in a student-produced documentary about the programs and events offered at the school. The Morgans had visited the school, which has had an ongoing exchange program with the Toledo School District, during a trip to the Hamamatsu last fall and encouraged them to submit their video to the film festival.