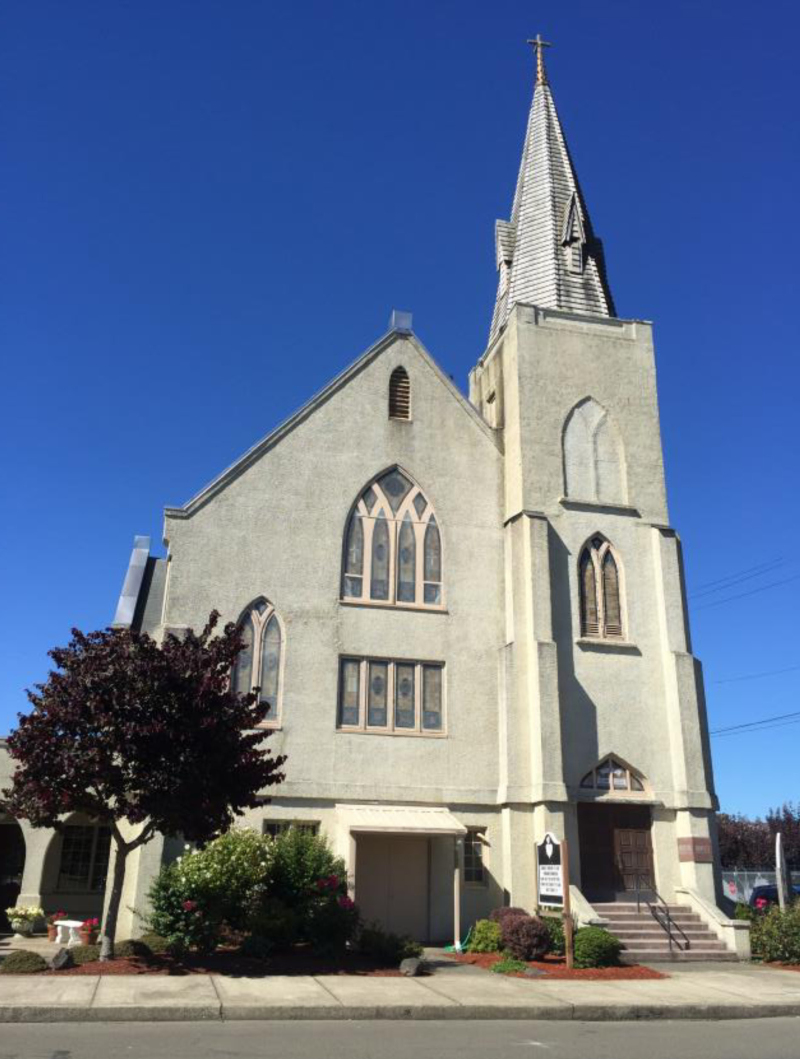 The Saron Lutheran Church in Hoquiam was burglarized on Sept. 12. Law enforcement is working to establish whether the incident is related to a similar recent burglary at a church in Aberdeen.

On the morning of Monday, Sept. 12, 2016, Hoquiam officers were dispatched to the Saron Lutheran Church in the 700 block of 8th Street for a reported burglary.

Upon arriving in the morning, church staff discovered someone had entered the church, church facilities and office. It was apparent the suspect had spent a great deal of time inside the building and had wandered through the entire structure, including the attic.

The church secretary's office was ransacked, but nothing of significant value appeared to be missing other than petty cash.

The suspect attempted to physically break into the church pastor's office as evidenced by damage to the door and frame; the suspect was unable to make entry but was injured in the process.

Detectives and officers recovered blood samples and fingerprints at the scene. They were able to track some strange handwritten notes left behind to a possible person of interest.

Hoquiam detectives are now coordinating with Aberdeen PD detectives to see if there is any link to what could be a similar burglary at a Lutheran church in Aberdeen a few days earlier.

The latent fingerprints recovered will be sent to the Washington State Patrol for classification. Although DNA testing is not normally conducted for property crimes, detectives hope the Washington State Patrol Crime Lab will test the blood evidence, especially if the two burglaries are linked. Latent evidence analysis can take several months due to state budget limitations at the state Crime Lab.

Anyone with information is asked to contact Detective Don Grossi at 360-532-0892 ext. 295 or dgrossi@cityofhoquiam.com.