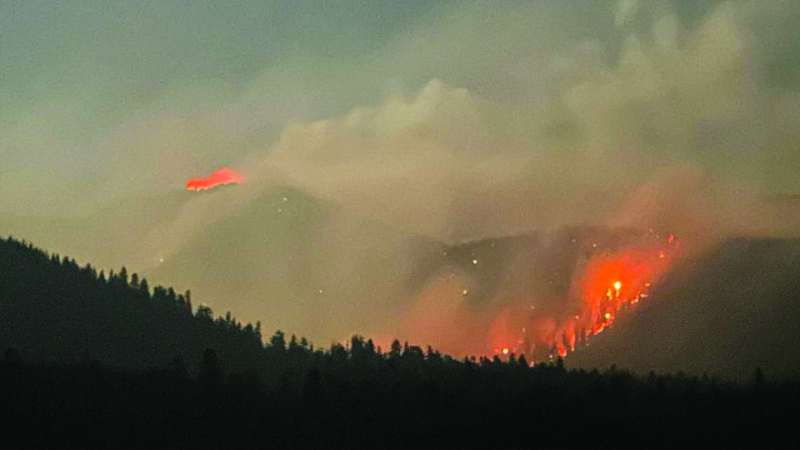 Photo Courtesy of U.S. Forest Service - The Goat Rocks Fire has grown to 1,600 acres and is threatening neighborhoods around Packwood in Lewis County.

Lewis County has their first forest fire in many years in East Lewis County near Packwood. At press time, the fire was only 2 miles from the city. If there was any doubt in your mind that the fires were impacting Lewis County, all you needed to do was step outside to see all the smoke in the air.

On Friday, September 9, 2022, Fire Chief Lonnie Goble from Lewis County Fire District 10 requested that Washington State Patrol Chief John Batiste mobilize state firefighting resources at 9:15 a.m. The area of Goat Rocks was evacuated with a Level 3 Go Now and the City of Packwood remained on Level 2, be ready to evacuate.

Several in the area have livestock. Lewis County residents not affected by the fire offered up services to help get livestock, family heirlooms and other belongings. It was in true Lewis County fashion to help those who needed it most.

Saturday, September 10, 2022 a large cloud of smoke blanketed the area and even reached the coast. The air quality was poor and those with breathing issues were told to stay indoors. By the evening, local news stations reported the fire was up to 1600 acres.

On Sunday, the air quality seemed to have improved. The area of the fire is still very dry but hopefully winds will die down enough to get the fire under control. Thank you to the firefighters who helped with these forest fires.