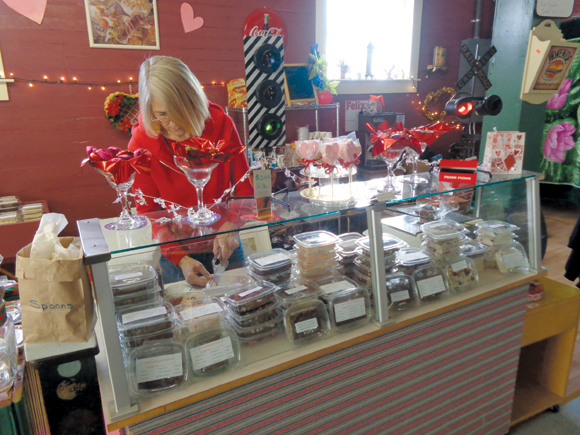 A Winlock store is boasting homemade chocolates and snacks in time for Valentine’s Day, with customers already saying it’s some of the best they’ve ever tasted.

Never the Same, located at 503 First St. in Downtown Winlock, opened just back in October and has already created loyal following through it’s homemade fudge and caramel corn, among many other confections.

“The fudge is spectacular,” said Manger Katie Berg, stating the raw ingredients are purchased from the Old Fashion Fudge Company and prepared by husband and Store Owner Nick Delin, as well as daughter Amy Delin.

Berg said their confections have been a hit elsewhere, as well, including Egg Days, Cheese Days, the Puyallup Fair, and a pizza restaurant Delin used to own when they lived in Tacoma. She added it is their ambition to offer foods and services at their new location similar to Tacoma, and will soon be serving coffee and, later on, fresh pizza.

For now, the chocolate varieties are numerous, including raspberry, peanut butter, walnut and cranberry, pecan, and even some with candies such as M&Ms. Free samples are available for those who have yet to try the fudge, and Berg said a special is running now through Feb. 16 where customers can buy two half pounds of fudge and get a third free.

Special requests can also be made, particularly when it comes to varieties of caramel corn, which can be colored for special holidays, weddings and other events. For the last few weeks, Seahawk green and blue bags of caramel corn have been available in celebration of the Hawks journey to the Super Bowl. 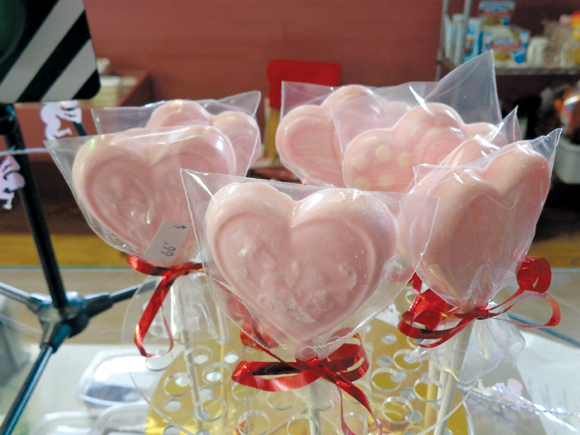 Chocolate hearts are among the specialty items available at Never the Same, in time for Valentine’s Day. 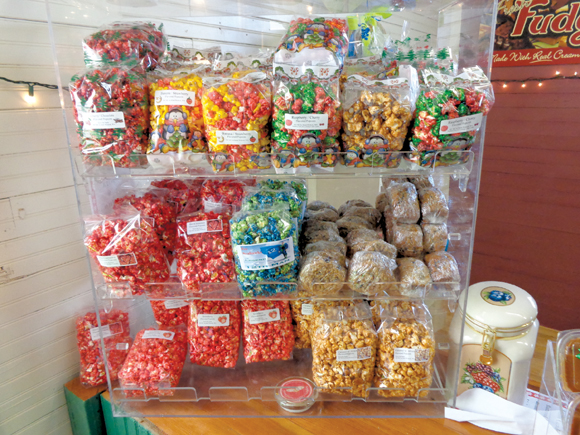 Caramel Corn is among the homemade confections available at Never the Same among chocolates and fudge from Old Fashion Fudge Company.