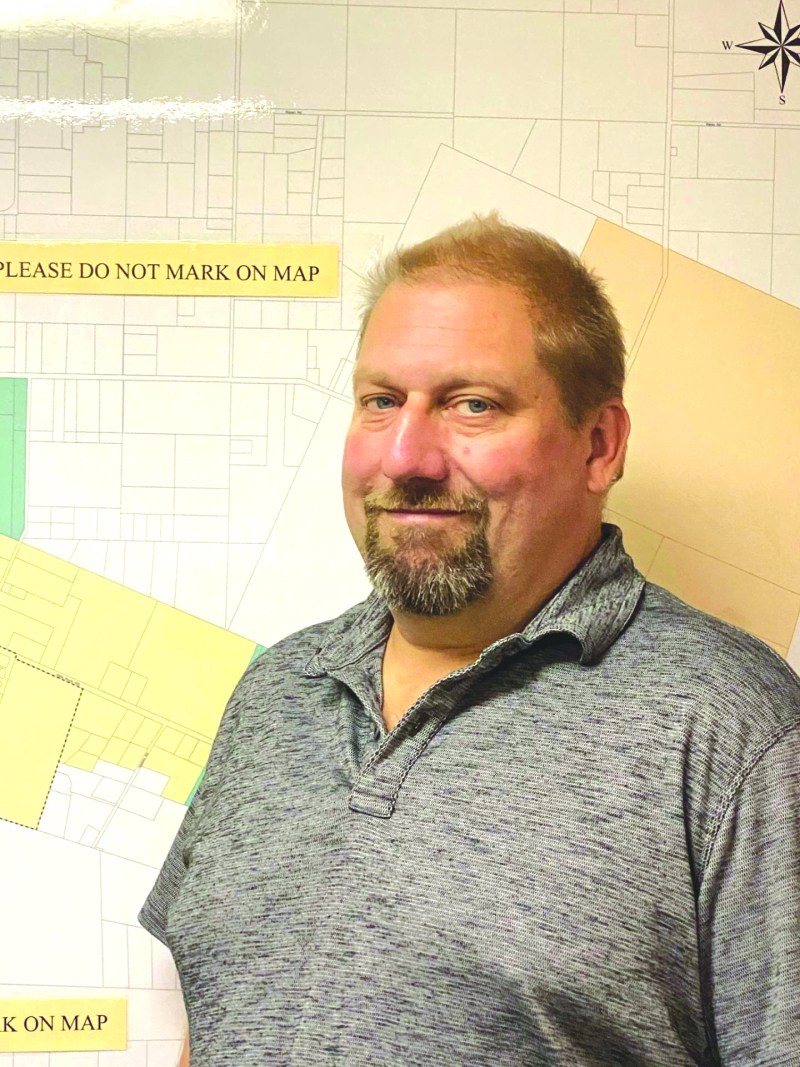 Robert is a great addition to the City of Winlock, he is here to help with the growth, "I like the idea of coming here for growth, I am here for the community. I am excited to see the growth and help the community bring back downtown." He continued, "I am currently working trying to help building owners open their businesses."

Winlock has also seen a huge growth in new housing. Lewis County is short on housing, and we will continue to see this growth for a while. Robert stated, "I have talked to local contractors, and we have an excitement to bring more homes to Winlock. I'd like to see 100 new homes, that would show we are doing our jobs." There have even been contractors returning after stopping under the previous mayoral administration, Red Rock is one who is back building affordable homes for community members.

Robert has come full circle in his career, he came from the building side, now he is inspecting what he used to build. He stated, "I will make sure every new home is up to code. I used to complain about the inspectors and now I am one." He will be the building inspector as the growth continues. Robert is married to Molly and they live in Chehalis.

The growth in Winlock has continued under Mayor Svenson, he hired Robert and stated, "Robert comes with over 30 years of building experience. He has a stellar attitude. He has hit the ground running. His attitude mirrors mine in the answer is yes until we find out no. He will be an integral part of helping bring back the downtown core."

There is so much more building going on, the Apostolic Lutheran Church which will be 38,000 sq. ft. has broken ground on North Military Rd, just north of Hwy 505. Grand Prairie phase 1 and 2 are almost built out and they are going to phase 4 and 5. When Grand Prairie is complete there will be 200 new homes in Winlock. There are also the 9 quadplex apartments (36 total units) that will be built on Hwy 505 across from the Shell station in the city limits. There are a few homes in various lots around the city.

The City of Winlock is also starting road work on S.E.1st Street. They will be repaving the road, putting in sidewalks and graveling the parking strips. There was not enough money to pave the parking strips and they would have had to reapply for the grant. The grant had to be used after sitting for years or they would have lost the funds, it was important to get the street paved since it has been in dire straits for years.

The Benaroya Industrial Park is also on the move. They will be starting their grade and fill permit for a million square foot building. This will provide jobs in the area for a few hundred. Winlock as we know it will be changing, but growth can be good if managed properly. This does not mean our way of country living is going away, it just means you will have more people to share it with.

Winlock is growing, with the growth comes new people. If you are new to Winlock and would like to get involved in bringing back the glory days, now is the time. If you would like to volunteer with the City of Winlock, please call 360-785-3811.