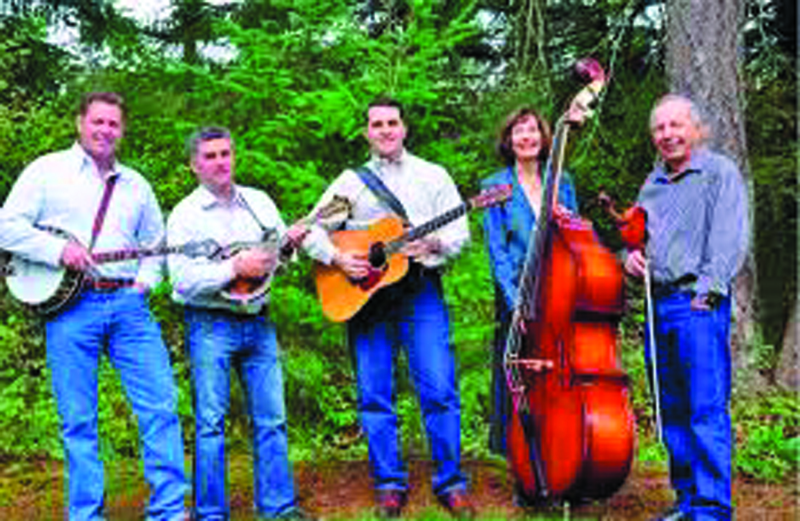 TOLEDO - The Washington Bluegrass Association kicks off their second season of concerts at the Veterans Memorial Museum in Chehalis Saturday when they welcome GrapeVine, featuring six-time national fiddling champion John Melnichuk, to the Vet.

GrapeVine features three former members of the award-winning Ohop Valley Boys band: Melnichuk, banjo player Jamie Blair and guitarist Rich Jones. The Ohop Valley Boys won the International Bluegrass Band Showdown in Louisville, Kentucky in 2001 after first qualifying against both local and regional competition. Blair is one of the Northwest's most in-demand banjo pickers and has also played with bands Whiskey Deaf and High and Lonesome. Besides the Ohop Valley Boys, Jones has also been a member of Northern Pacific and John Reischmann & the Jaybirds, among other groups.

Mandolinist Ethan Lawton and bassist Dee Johnson, will be also be onstage with GrapeVine. Lawton has toured throughout the U.S.A. and abroad with Zoe Muth and the Lost High Roller, Country Hammer and Cahalen Morris while Johnson has played with Mountain Honey and the Loafers. Both are members of Whiskey Deaf along with Blair.

However, the most critically-acclaimed member of GraveVine may be Melnichuk. The Vancouver, WA resident won his division six years at the prestigious National Old-Time Fiddlers Contest in Weiser, Idaho and also took home the 2008 Nashville Open Senior Championship, beating out a trio of Tennessee fiddlers for top honors. Melnichuk builds fiddles when he's not playing them.

The GrapeVine concert will be the first of three staged by the WBA and sponsored by Goebel Septic this winter. Whiskey Deaf will return to the Twin Cities in February while the Powell Mountain Bluegrass visit the Vet in April.

Doors will open Saturday at 6PM with the concert starting at 7PM. Tickets prices are $10 per attendee and include free admission to museum exhibits (usually a $6 value). Tickets are on sale this week at the Veterans Museum at 100 SW Veterans Way in Chehalis.