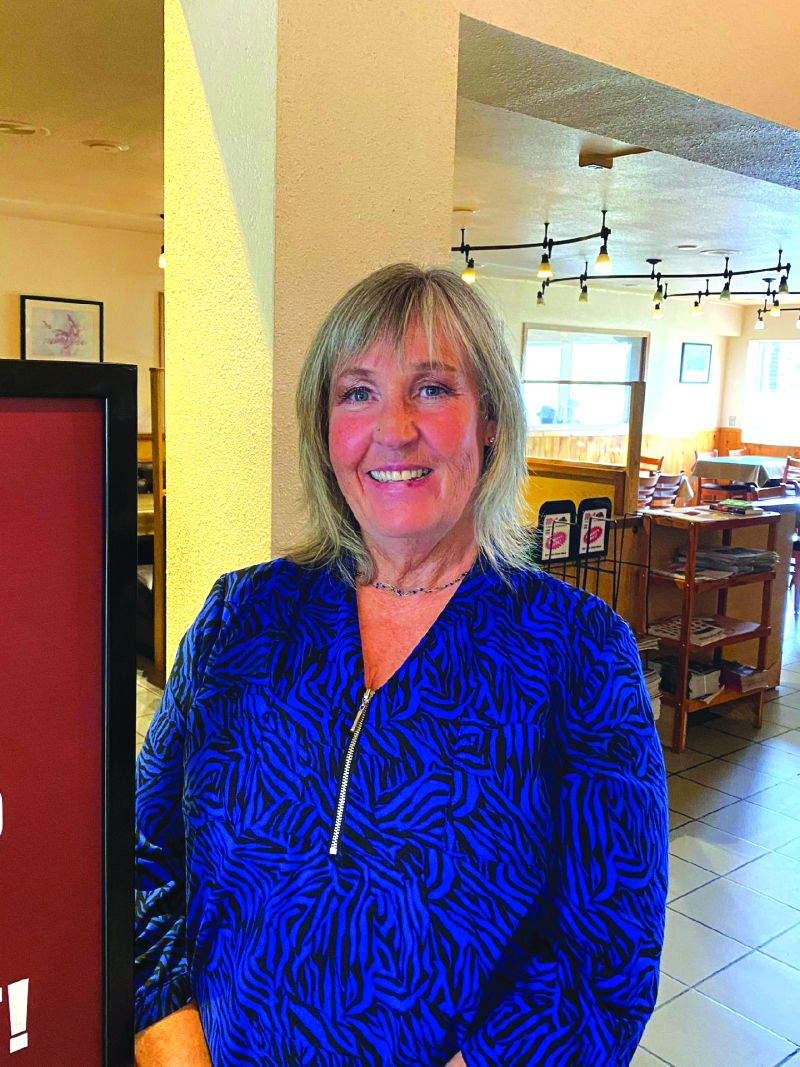 Gee Cee's Truck Stop has been a staple in the area for 35 years. Gail Wallace built Gee Cee's 35 years ago this year. Gee Cee's was recently voted the #1 Truck Stop in Washington State and 5th in the entire country, a well-deserved award. Gail has put his heart and soul into Gee Cee's throughout the years and now they have hired a new restaurant and deli manager, Christy Greenwood after their previous manager retired.

Christy has made menu changes as well, "We now have Asian food available in our deli, including General Tsao's, Orange Chicken, Sweet and Sour Chicken and several more. We also offer a ⅓ lb fresh Angus burger as well as an 8 oz fresh Top Sirloin and 10 oz fresh Rib Eye with all the fixin's. We offer Bigfoot Meals which are our family-style takeout and we still have our Country Fried Steak. Prime Rib will be back in the near future."

Christy brings with her a warm feeling, sitting down and talking with her, you feel you have known her your whole life. She is excited about meeting Gee Cee's customers, "When you come in, please introduce yourself, I look forward to meeting our guests and getting to know them."

James Wallace, General Manager of Gee Cee's Truck Stop stated, "We are excited to have Christy here, she brought with her years of experience along with new menu items and ideas. We are looking forward to the positive changes she will continue to bring to Gee Cee's.

Since Gee Cee's opened 35 years ago, they have upgraded their dining room, added a shop and tire service as well as more gas pumps. They have recently added more showers for truck drivers as well as opening the dining area up more. They continue to make more changes as the business grows.

Gee Cee's recently opened their restaurant back up after being closed during the COVID shutdown. When they opened, they immediately made the new changes for their customers. Their hours are 6:00 a.m. to 9:00 p.m. restaurant menu and then their midnight menu is available from 9:00 p.m. to 6:00 a.m. They also have two positions available, a server and a line cook. If you are interested, please apply in person.

The atmosphere at Gee Cee's has always been one of family. Many of us enjoy stopping by in the morning and chatting with the Wallace brothers, you can usually find Gail, Roland and Dale having coffee. And that's where the family feel comes from, Gail started it 35 years ago and they continue with that feeling today.