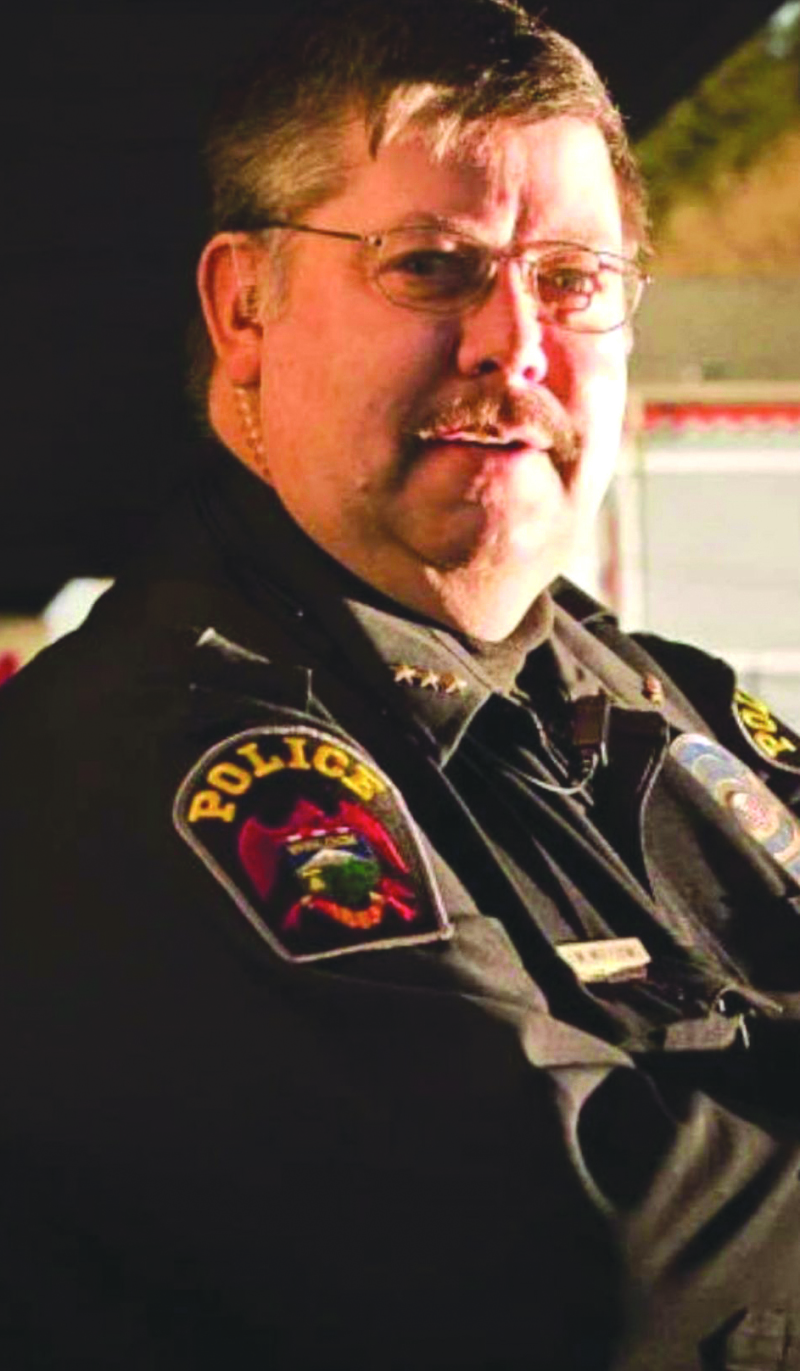 Winlock received some very sad news last week, Terry Williams, the Chief of Police and officer in Winlock for 36 years, passed away. The community lost someone who looked after the city and the people in it for many years, a loss that will be felt for years to come. Terry impacted everyone's life he met. He was a kind chief who went out of his way to help people. He was always at the schools talking with kids. Terry was a chief who cared. He was also a Fire Commissioner before he retired in Vader.

Here are just a few of the people whose lives he impacted, he will be missed.

Dr. Lindsey Pollock, Lewis County Commissioner District 2 - Terry Williams was a true servant of his community. From ensuring a building was safe after the "shop cat" set off the burglar alarm to making sure a kid got to a safe home environment, he looked out for folks. May he rest in peace, and may his family find comfort in his life of service.

Sheriff Rob Snaza - Terry was in law enforcement for over 30 years. He was a good chief for the City of Winlock. He was always out talking to the community, which a small town Chief does. He had two officers who worked for him that are now chiefs and he left little of himself on everyone. He was also involved in Search and Rescue, he was a wealth of knowledge, he will be missed.

John Brockmueller, Napavine Chief of Police - Terry was my Chief for several years and my friend for many years after. I have never worked with anyone in my career that knew more about his city and the people in it than Chief Williams. He was a major influence in the City of Winlock for decades and will be missed by many. To his family words can't express how sorry I am for your loss.

Roger Morningstar, Morton Chief of Police - Terry though was a genuine good man. Terry was instrumental in my coming to Lewis County and I will be eternally grateful for that. Terry always had a warm smile and a firm handshake to greet you. He truly was an example for others to follow. Policing is fraught with challenges. Terry faced these daily and weathered the storm for years. No one can fill his shoes. He will always be remembered for what he did. But also the man he was. Good Bless Terry in Heaven above and his family here at home.

Randy Pennington - Closest person to having a photographic memory of anyone I have ever met, greatest memory of any officer I ever have known.
John Humphreys, former reserve - The support of Chief Williams personified for Winlock was well recognized. His support in my career is one of the foundations I have chosen as impacting my career for nearly 34 years of my 46 years. Thank you Chief Williams. I send my deepest affections to all his friends, emergency professionals and especially his family.

Rodney Cecil, City of Winlock - I work for the water and sewer department and I had the honor of knowing Terry Williams for a couple of years. There were times that we would be working on a water leak and he would stop by and help. Always available when you need something. Great guy. He will be missed.

Ryan Wichert - Terry just knew how hard it was for me, at home as a kid growing up. Him and Mac looked out for me throughout my life. Like big brothers..even. They had me join the Winlock Police Explorers! Always wanted to be a cop, but it wasn't in the cards! I'm glad to have known him, and thank you Terry Williams and Elwood, Jack Doleman, Mac Mcpherson. Who all cared for the kid in the window.

Lisa Collins - Terry always called me "Teach". He would come into Judi's beauty shop and sit in the chair and visit with me. He was so easy to talk with. He will be missed.

Anita Holt - Great chief and a pleasure to work with when I dispatched. He was a big help to our family when my nephew was sick in 2014. Just an all around good guy.

Tanya Butterton - In the early 2000s, my son saw Terry in IGA and had been wanting to meet a police officer. So we approached him and my son got to shake his hand. Then Terry took us out to the SUV and gave my son a couple packages of baseball cards. Made our day, and I hoped we had made his too! Whenever I saw him around I felt genuinely protected. He will be missed!

Angela Patching - I was about 11, I put my brother's cuffs on my ankle not thinking they were actually real... I had to hobble over to Terry's house so he could use his key to get them off. We laughed about that for many many years. Many memories growing up next door.

Barbara Lewis - We were so lucky to call Terry our friend. He jumped on board raising money for our daughter Shannon when she needed a heart/lung transplant and after she died he became instrumental in helping others in those situations. One goal he had before he retired from the force was to get a ramp for the community building. He knew the struggles many had with all the many steep steps. After much searching he found stadium ramps being sold. It took him and a lot of others to get them just right. Too much steepness was a big concern!

There's so many stories but I mainly remember Terry always being out and about, being so available to all the citizens, and ready to help at any time.
Terry was a great Chief for Winlock, he knew everyone and they knew him. He was never harsh with you when you were a young adult. He pulled me over at 17 after a night of cruising and told me to "go home." That was a relief. He was a patient man, more than most in his line of work. He never wavered in his friendliness, he was easy to talk to. He looked out for all of us kids and never forgot what we had done, it always made for a good laugh.

Terry and his wife Judi have been part of this community forever. Judi is the one who makes all the women look beautiful while Terry was there to help. A family who served Winlock and continues to. Our hearts and prayers are with the family.